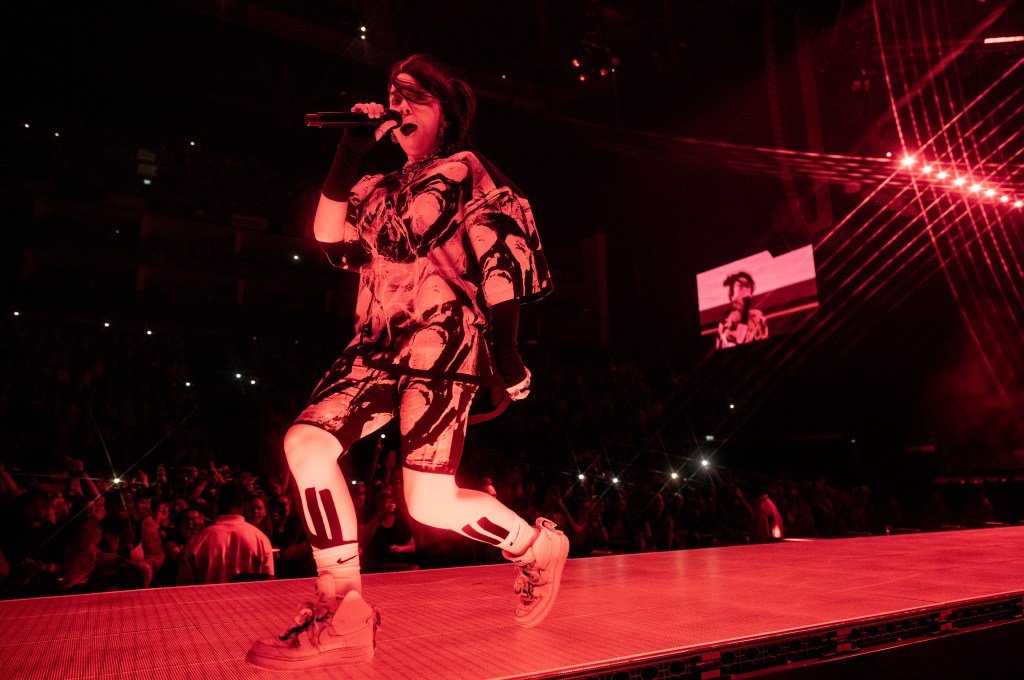 Here’s something to juice the box office on what is expected to be a dead weekend: Trafalgar Releasing is opening worldwide, for one night only, on Friday Jan. 27, Billie Eilish Live at the O2 – Extended Cut.

The multi-Grammy winner and original song Oscar winner of No Time to Die is playing her last sold out night tonight of three at the Los Angeles Forum for her Happier Than Ever, The Hometown Encore concert.

Pic will be in 4K with Dolby Atmos sound where available. Tickets go on sale on Wednesday, Dec. 21 at 6AM PST at BillieAtTheO2.com. Billie Eilish Live at The O2 was originally livestreamed as part of the Apple Music Live series and was recently nominated for Best Music Film for the upcoming 2023 GRAMMY Award. The extended cut features six previously unreleased performances.

Eilish said, “I’ve always wanted to make a music film that truly captures the energy of my live show. These past 16 months have been so special to me, to be able to be back out on the road, performing live and sharing rooms with so many amazing people all over the world. This film is a visual live experience and keepsake for us all, celebrating everything that I love about this tour, and most of all, everyone who came out to see me. This is my thank you.”

The concert film was directed by Sam Wrench, who captured the event with 20 full-sensor cameras with cinematic glass. The 95-minute pic counts 27 songs, including “bad guy,” “Therefore I Am,” “bury a friend,” “my future,” “Happier Than Ever,” “everything i wanted,” “Your Power,” and many more.