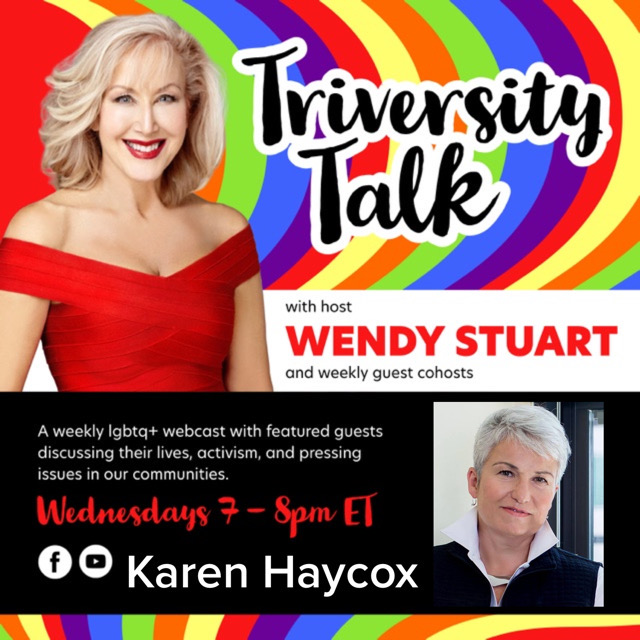 TriVersity Talk! is a weekly web series with featured guests discussing their lives, activism and pressing issues in the LGBTQ Community. With TriVersity Talk!, the goal is to laugh and learn.

Karen Haycox is an experienced leader in the affordable housing space who joined Habitat for Humanity New York City as CEO in August of 2015.

During her tenure at Habitat NYC, Karen instituted a bold new vision for the organization, successfully completing the goal of increasing the number of families served through construction and preservation from 550 to 2021 by the end of the year 2021. She also oversaw the groundbreaking of Sydney House, a 56-unit co-op in the north Bronx, and Habitat for Humanity’s largest single-structure, multi-family development ever built.

Previous to Habitat NYC, Karen served as Vice President, Fund Development at Southwest Solutions and held a number of senior positions with Habitat for Humanity International in Atlanta. At Habitat for Humanity International, Karen served in leadership roles on the organization’s annual Carter Work Projects and on international and domestic disaster relief efforts, including the 2004 Indian Ocean tsunami, Hurricanes Katrina & Rita, the 2010 Haiti earthquake, Midwestern tornados in Texas, Missouri and Oklahoma as well as Superstorm Sandy.

Karen is deeply involved in New York’s LGBTQ+ and housing communities. She has served on the boards of Stonewall Community Development Corporation, an organization dedicated to providing New York’s LGBTQ seniors with supportive, affordable and safe housing options, and Rainbow Railroad, an international organization helping LGBTQ+ individuals around the world to escape state-sponsored violence, and find safety and freedom from persecution.

Karen received her degree in Creative Cinematography, Film & Television from Humber College in Toronto, Canada, and enjoyed a successful career as a producer in advertising, film and communications before she transitioned to the affordable housing sector.

She lives in the New York City area with her dog Finnegan and cat Pepper.

The official website for the TriVersity Center may be found at https://www.triversitycenter.org

Subscribe and listen to TriVersity Talk! on Apple Podcasts/iTunes here: