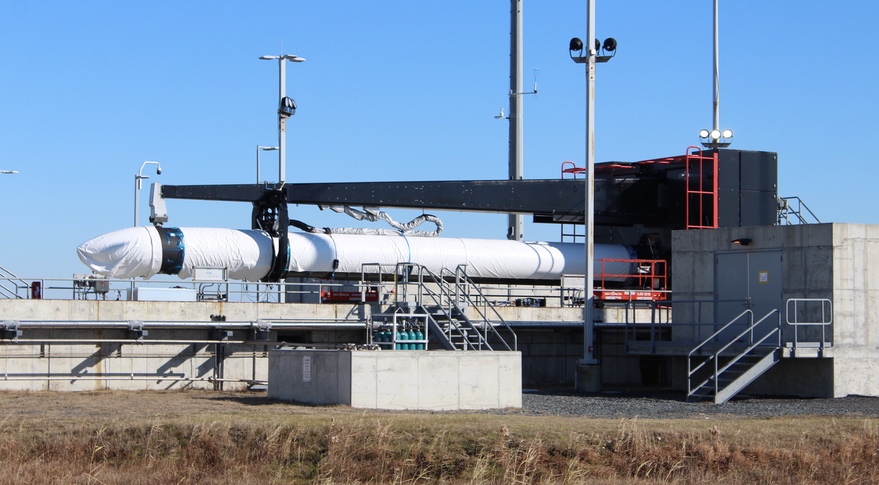 WASHINGTON — Rocket Lab will have to wait until January for its next attempt at its inaugural Electron launch from Virginia after suffering delays because of weather and range issues.

Rocket Lab scrubbed an Electron launch attempt Dec. 18 from Launch Complex 2 at the Mid-Atlantic Regional Spaceport (MARS) on Wallops Island, Virginia. While the rocket and its payload were ready for launch, upper-level winds were too strong and the company called off the launch near the end of the two-hour window that closed at 8 p.m. Eastern.

The company said it ruled out a Dec. 19 launch because of those winds but was looking into additional opportunities before holiday airspace restrictions, intended to keep launches from interfering with a higher volume of air traffic, went into effect. However, the company said late Dec. 19 that forecasts on Dec. 20 called for continued unacceptably strong upper-level winds.

Dec. 20 was the last opportunity for Rocket Lab to launch before the holiday airspace restrictions go into effect. The company said it would reschedule the launch for some time in January.

The mission, called “Virginia is for Launch Lovers” by Rocket Lab, would have been the company’s tenth Electron launch of the year, but also the first from Launch Complex 2. The mission will place into orbit three radio-frequency surveillance satellites for HawkEye 360, a company based in Northern Virginia.

Rocket Lab was prepared to launch Electron Dec. 16, but the night before announced that the launch was postponed two days to allow NASA, which operates the Wallops Flight Facility co-located with MARS, and the Federal Aviation Administration to complete what the company called “range-driven documentation.”

The issue, Rocket Lab Chief Executive Peter Beck said in a Dec. 16 interview, involved differences between NASA and FAA on range safety and flight safety documentation. At a Dec. 14 briefing, NASA said it expected that paperwork to be completed in a day, but at a launch readiness review the two agencies said they needed more time to complete it.

Beck said he was “disappointed and frustrated” with the delay. “This is the first time and there’s always going to be some teething issues,” he said. “I guess we’re just frustrated that these teething issues didn’t happen six months ago. It happened literally days before we were ready to launch.” He noted the rocket and its payload had been ready to launch for nearly two weeks while waiting for final approvals.

The paperwork issue was not related to the rocket’s autonomous flight termination system. Its certification for use on Electron from Wallops was delayed by more than two years because of problems with the NASA-developed software for it.

Before this delay, Rocket Lab said it was planning four to six Electron launches in 2023 from Wallops. Beck said customer preference is a major factor in determining what launch site to use. HawkEye 360, the customer for this first launch, specifically chose to launch from Wallops since it is also based in Virginia. U.S. government agencies are also likely to use Wallops for their Electron launches

Rocket Lab’s Launch Complex 1 in New Zealand, though, will remain the primary site for Electron. “We can turn stuff around quickly and be very commercial,” he said. The company owns the launch site and thus has much more control over operations. The challenges of getting started at Wallops, he said, “make you appreciate owning your own range where you’re in control of all of this and you’re dealing with one regulator directly.”

He said he expects that future launches from Wallops will go more smoothly. “That is what has been promised, and that is our expectation, because it can’t be like this.”

Jay-Z, DJ Khaled, and More to Perform “God Did” at the 2023 Grammys
National Enquirer sold to group that includes indicted ex-MoviePass chairman
The Rookie Round Table: Was Nolan Wrong to Ditch His Mom?
World View emphasizes remote sensing as it prepares to go public
Astronomical origins of Groundhog Day, infrared ‘chameleon’ runs hot and cold