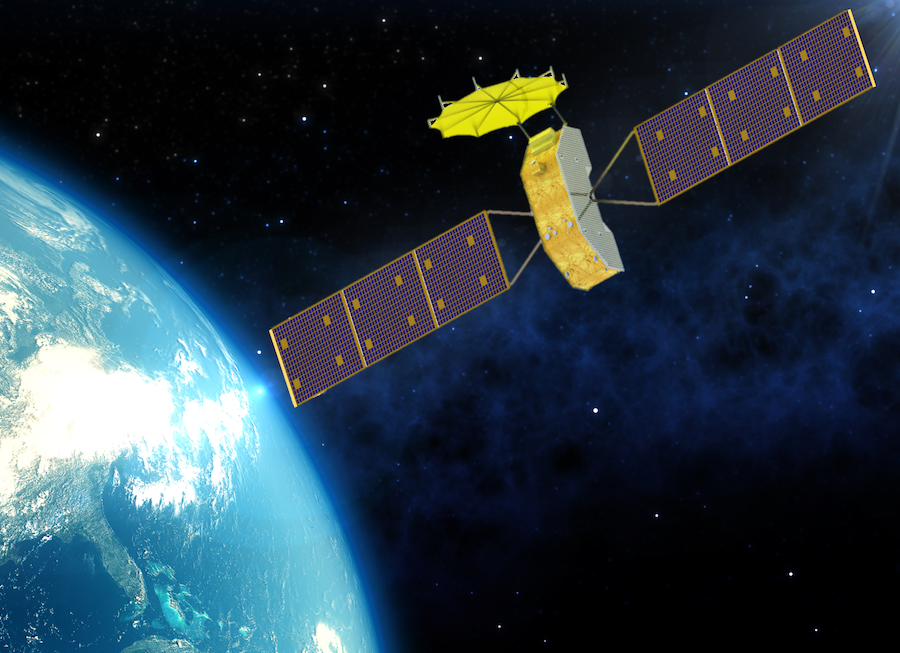 TAMPA, Fla. — Saturn Satellite Networks is close to securing funds for another attempt at getting its small geostationary satellite manufacturing business off the ground, according to an executive for the U.S.-based firm.

The company said in a Dec. 20 news release that equity investors have promised to fund nearly half of its $500 million Space BroadbandNetworks-1 (SBN-1) program, which comprises six identical satellites destined for geostationary orbit (GEO) in 2025.

Reyes told SpaceNews that Saturn has a commitment letter from the Export–Import Bank of the United States, the country’s export credit agency, which it plans to initiate in the first quarter of 2023 to cover the rest of the project’s financing needs.

Once Saturn finalizes contracts with equity investors, he said the Melbourne, Florida-headquartered manufacturer would start ordering parts and conduct preliminary and critical design reviews to commence manufacturing, assembly, and testing.

“Actual manufacturing and integration will start later in 2023 or early 2024,” he said via email.

Reyes said the company has signed a memorandum of understanding (MoU) with “a preeminent heavy lift launch system operator” to deploy all six satellites on a single mission in the second half of 2025.

The project aims to put Saturn back on track following setbacks for a company established five years ago by former executives of satellite operator ABS.

The SBN-1 satellites are based on Saturn’s Intelligent Space Node (ISN) platform, which is an evolution of the NationSat platform Saturn developed three years ago after investing in NovaWurks, a satellite developer based in California.

SpaceNews reported in 2019 that Intersputnik, a Moscow-based intergovernmental organization that resells satellite capacity, had signed up as a customer for the first NationSat mission. This mission was at one point slated to fly on a SpaceX Falcon 9 rideshare mission in 2021.

Reyes declined to identify Intersputnik as the customer for the first NationSat, saying the mission was canceled “as the project did not materialize as anticipated.”

Saturn had also once planned to deploy one or two NationSats with Northrop Grumman’s OmegA rocket in 2021 — despite not having a customer for them — before plans for that launch system were scrapped.

Unlike NationSat, Saturn says its Intelligent Space Node platform uses independently steerable and shapeable beams that would enable their operators to move and tailor capacity to adapt to changing mission needs.

Intelligent Space Node is also designed to operate with about seven kilowatts of power, compared with five kilowatts for the NationSat platform.

In the Dec. 20 news release, Saturn said phased array antennas from Austin, Texas-based CesiumAstro would enable SBN-1 to provide high-throughput services at more than 120 gigabits per second, despite being much smaller than typical GEO telecoms spacecraft to save costs.

While GEO telecom spacecraft usually weigh thousands of kilograms, Reyes said SBN-1 satellites would have a mass of around 650 kilograms.

SBN-1 has secured more than $1 billion in usage commitments from satellite operators and other end users, according to the news release, via commercial arrangements that include full and partial satellite leases.

Saturn is still marketing the NationSat platform, which Reyes said has completed a preliminary design review and is suitable for operators and countries that prefer a dedicated mission with bespoke payloads.

The company also offers a two-kilowatt satellite platform, called MiniGEOSat, and a version of ISN designed for non-geostationary orbit (NGSO).

Reyes said Saturn has “executed a launch agreement” with a U.S.-based company to deploy its first satellite to NGSO in the second half of 2024.

In addition to serving payload customers, he said the mission aims to demonstrate a broadband constellation called Curvanet that is being developed by Saturn sister company Curvalux.