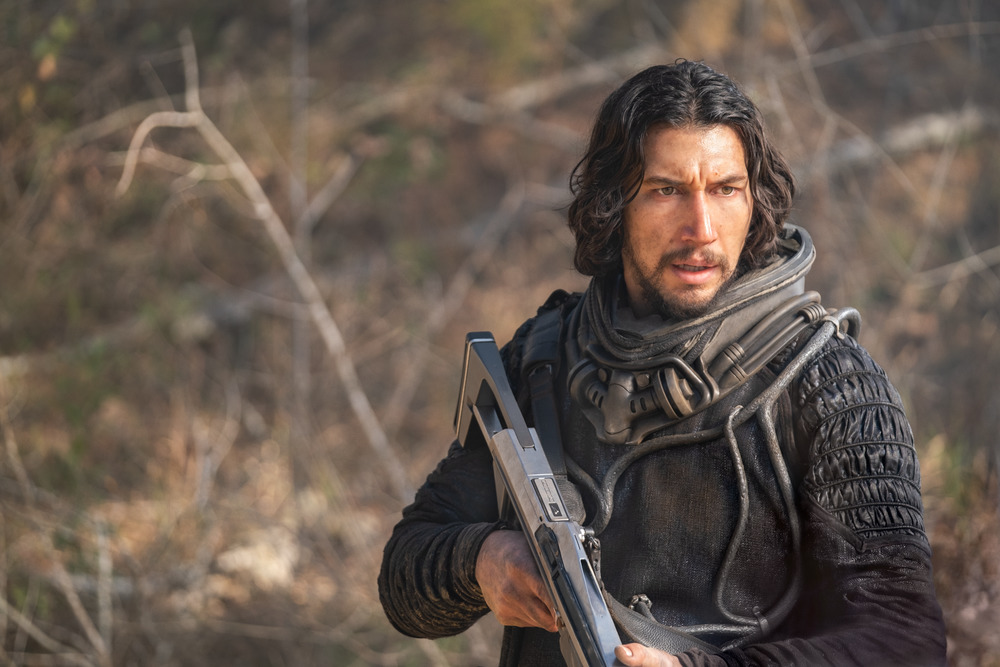 The Sony Adam Driver sci-fi movie 65 is moving onto the opening weekend of New Line’s Shazam: Fury of the Gods, March 17-19. The Scott Beck-Bryan Woods movie was previously dated for March 10, 2023.

The studio, I hear, has a confidence in the movie, and it’s to give the pic some air from the next Scream sequel on March 10. No rating yet for 65.

In addition the studio is movie its Affirm release of the George Foreman Biopic from March 31 next year to April 28. The movie moves away from Paramount/eOne’s Dungeons & Dragons: Honor Among Thieves, UAR’s A Good Person, and Focus Features’ A Thousand and One to a weekend where there’s Lionsgate’s feature take of Judy Blume novel Are You There God? It’s Me, Margaret.

65’s logline: After a catastrophic crash on an unknown planet, pilot Mills (Driver) quickly discovers he’s actually stranded on Earth…65 million years ago. Now, with only one chance at rescue, Mills and the only other survivor, Koa (Ariana Greenblatt), must make their way across an unknown terrain riddled with dangerous prehistoric creatures in an epic fight to survive. Sam Raimi produces. Beck and Woods wrote A Quiet Place.

The untitled George Foreman biopic follows the boxer’s life and times, from Olympic Gold medalist to World Heavyweight champion, the Rumble in the Jungle fight with Muhammad Ali in Zaire, to finding his faith, retiring and becoming a preacher. When financial hardship hits his family and church, he steps back in the ring and regains the championship at age 45, the oldest heavyweight champion in boxing history.