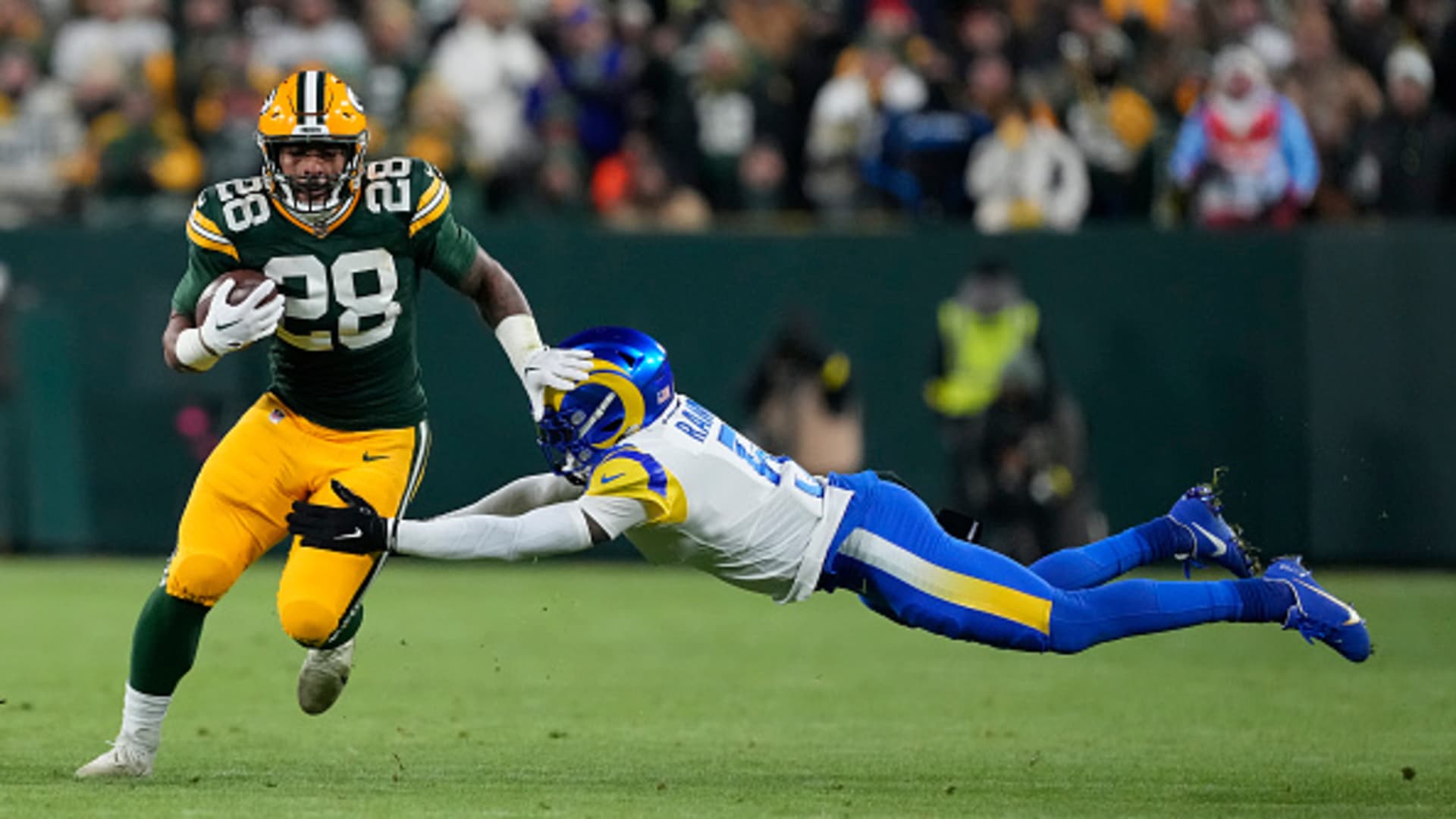 YouTube will pay roughly $2 billion a year for the residential rights of the “Sunday Ticket” package, according to people familiar with the matter. The deal runs for seven years. 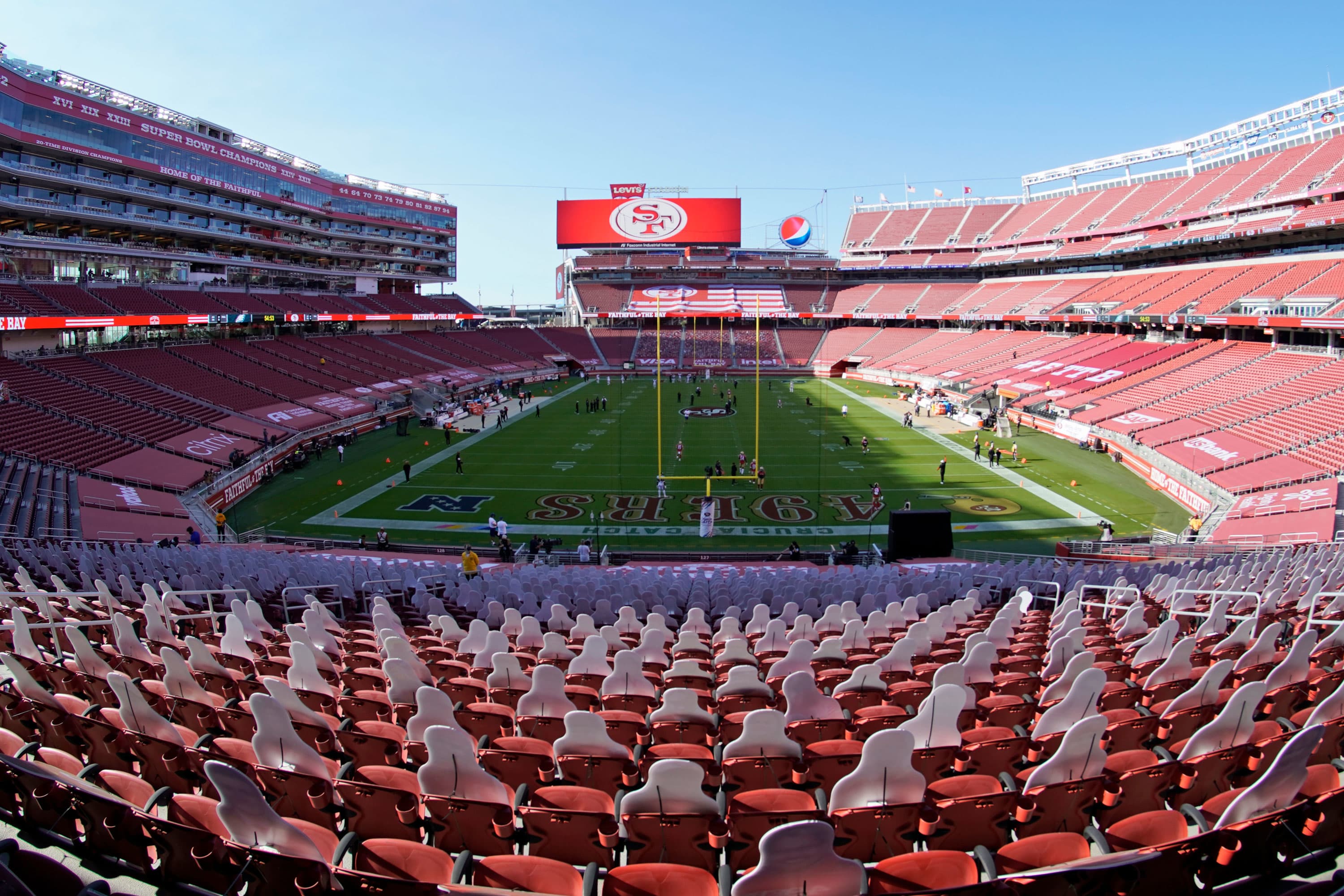 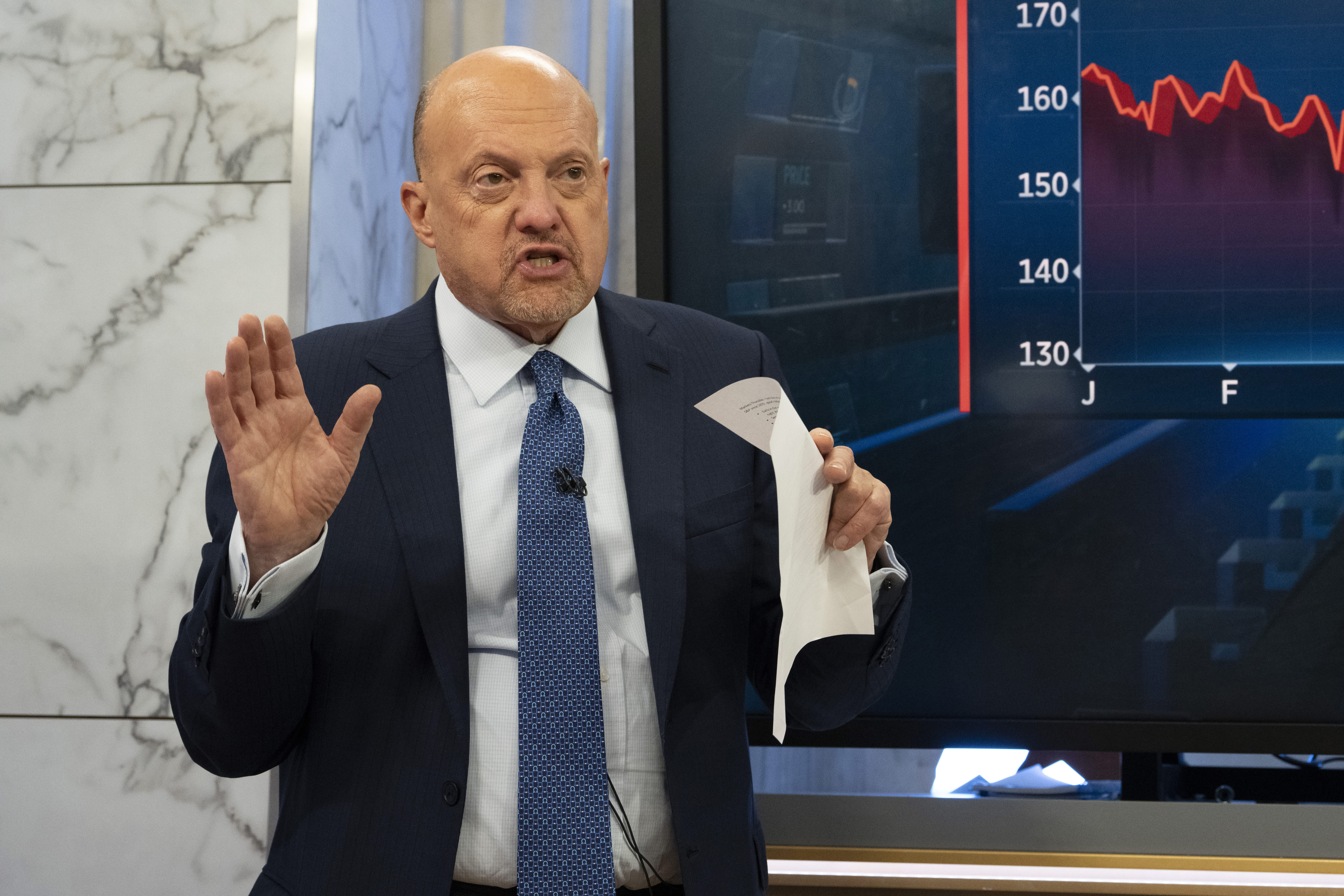 The agreement will elevate YouTube’s profile in the competitive streaming space. At the start of the 2023-24 season, “Sunday Ticket” will be available two ways: as an add-on package on YouTube TV and as a stand-alone a la carte option on YouTube Primetime Channels, which allows you to subscribe to individual streaming services and channels as well as watch movies.

AJ Dillon #28 of the Green Bay Packers avoids a tackle by Jalen Ramsey #5 of the Los Angeles Rams during the first half at Lambeau Field on December 19, 2022 in Green Bay, Wisconsin.
Patrick Mcdermott | Getty Images

In the latter option, consumers will be able to subscribe only to “Sunday Ticket” without having a YouTube TV subscription. Pricing hasn’t been determined for either option.

“For a number of years we have been focused on increased digital distribution of our games and this partnership is yet another example of us looking towards the future and building the next generation of NFL fans,” NFL Commissioner Roger Goodell said in Thursday’s announcement.

DirecTV has had the rights to “Sunday Ticket” since its inception in 1994, paying $1.5 billion annually for them since the last renewal in 2014. DirecTV’s currently “Sunday Ticket” offering, which requires you to subscribe to the service, has a $79.99 a month base option, and a package with extra features for $149.99 a month. The satellite TV provider now has approximately 13.5 million customers, down significantly from the earlier days of the package’s offering due to cord cutting, and had been losing $500 million annually on the package, one of the people said.

DirecTV didn’t place a bid to keep its contract going. Still, it has been open to offering the games for commercial establishments, such as bars and restaurants, similar to its agreement with Amazon for “Thursday Night Football,” according to people familiar with the matter.

The deal with YouTube TV does not include commercial rights, which could boost the value of the package, and the NFL is still sorting that out, according to one of the people.

The NFL has been discussing the commercial rights to the package with YouTube and other potential commercial partners, Dhruv Prasad, the NFL’s senior vice president of media strategy and strategic investments said on Thursday.

“With YouTube, we thought there’s a reason to think about the two end markets differently and find the best partner and best execution for residential on one hand and commercial on the other,” Prasad said.

The deal with YouTube TV does not include a stake in NFL Media, which includes the linear cable channels NFL Network and RedZone, as well as NFL.com. The league had been shopping the properties alongside the “Sunday Ticket” package, but was unable to secure a bid that included NFL Media, as CNBC previously reported.

A U.S.-only product, “Sunday Ticket” is the only way fans can watch live NFL Sunday afternoon games outside of their local markets on broadcast stations CBS and Fox.

The deal comes as the league has been pushing to have its games on more streaming outlets. Goodell has said the league was pushing for “Sunday Ticket” to end up on a streaming service. “I think that’s best for consumers at this stage,” Goodell previously told CNBC.

The league had been in negotiations for some time to find a new owner for “Sunday Ticket.” Apple, Amazon, and Disney’s ESPN were among interested bidders for the package at one point or another, CNBC previously reported.

YouTube Primetime Channels, which will be the a la carte option for “Sunday Ticket,” is a distribution platform similar to subscribing to networks and streaming services through Amazon’s Prime Channels.

The pricing for Sunday Ticket will ultimately be set by YouTube, which will also determine various potential packages to offer customers, Prasad said Thursday. That leaves the door open for options like individual team subscriptions. “We hope it continues to be a very accessible price and great opportunity for our fans,” Prasad said.

To compare, Apple recently signed a 10-year deal for the rights to air Major League Soccer games. The tech giant recently announced the “MLS Season Pass” would launch in February, and would be available to fans on the Apple TV app for $14.99 a month per season. For subscribers of its streaming service, Apple TV+, who already pay $4.99 a month, they can sign up for $12.99 a month.

In recent months, YouTube TV emerged as a strong contender for the rights, given it could provide a lot of what the league was hoping to achieve with a new “Sunday Ticket” partner – a technology platform with a large balance sheet and global reach, and the ability to support bundled legacy TV.

For a time, it seemed Apple was close to attaining the rights. The company has been expanding its sports footprint for Apple TV+. Besides the 10-year deal with MLS that starts in 2023, Apple also began airing Friday night Major League Baseball games.

However, discussions broke down due to existing restrictions around the “Sunday Ticket” rights, and Apple had wanted more flexibility with how to distribute the package, CNBC previously reported.

Amazon had also been considered another top contender, considering it already airs “Thursday Night Football” games and is a streaming-only platform.