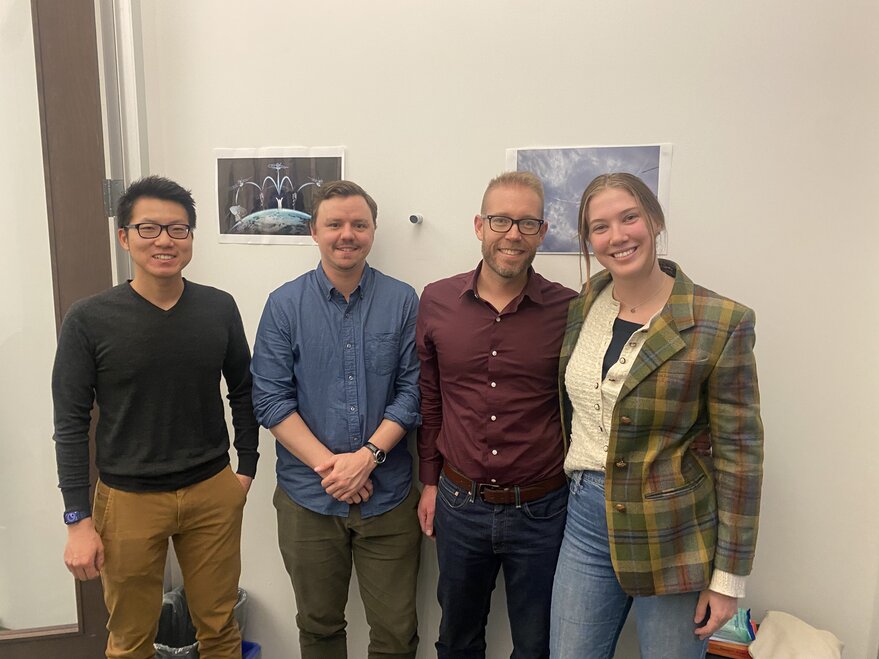 “By mapping and monitoring all communication pathways between Earth and space, we predict when points of interference will occur for multiple operators, giving them time to reroute their signals or take other measures to maintain consistent operations and increase uptime,” Jacqueline Good, Magnestar founder and CEO, told SpaceNews.

In spite of the economic downturn, Toronto-based Magnestar, founded in late 2021, has attracted enough financing to create an enterprise-grade platform for satellite operators.

“We’d like to bring as many satellite operators onto the platform as possible to get the added benefit of the network,” Good said.

Before establishing Magnestar, Good spent a decade helping companies organize and draw insights from data. Her understanding of high-frequency stock trading, in particular, “gave Magnestar a specific advantage in terms of building a marketplace to do all the clearing of the signal communications between Earth and space at an expedited rate,” Good said.

Like the stock market, data security is a top priority for satellite operators. Good’s first hire was Ian Service, a network security specialist who serves as infrastructure director on Magnestar’s nine-person staff.

Good, a trained data scientist, began her pivot to the space sector in 2021 when the European Space Agency sponsored her participation in the International Space University Summer Studies Program. During the intensive nine-week course, Good delved into growing threats to satellites including debris and RF interference.

Magnestar plans to address the interference problem through a variety of tools including secure infrastructure messaging.

“I grew up building that for companies, whether that be oil and gas companies, contract manufacturers or stock exchanges around the world,” Good said. “It’s applying the same type of architecture.”

Magnestar’s platform aggregates data on previous interference events to determine exactly what occurred and why.

The goal is “to be able to let the operators know two days ahead of time when they are going to have a service outage so that they can have prescriptive action associated to ensure the outage does not occur,” Good said in October at the MilSat Symposium in Mountain View, California. “We give them options from a prescriptive standpoint around how to best mitigate that risk to ensure their throughput is strong enough to meet their service-level agreements.”

Magnestar is working with Canada’s University of Regina to develop a small satellite component to assess the source of interference.

In terms of financing, Magnestar won a $100,000 equity investment in July after claiming the Best of the Fest title at Startupfest, a Canadian startup conference.

“We got so much traction from that,” Good said. “Then, we built on that with the momentum to actually be able to fund the company and have enough money to survive the next couple years.”

“What I realized very early on when building the company was that as the satellite operators are becoming increasingly concerned about the amount of stuff in space, the services they provide on Earth are also at jeopardy,” Good said. “And when those services go down and people start to question if they can rely on space services, it puts the entire sector in jeopardy as well, because people end up relying more on ground systems than space systems.”

As a result, Magnestar is “focused on ensuring the resiliency of space services so that people here on Earth can rely on them.”

Cologne vs Perfume: Best 9 Differences And Considerations
Dress Code: Holt
8 Best Montblanc Colognes For Men To Add To The Collection in 2023
‘Avatar 2’ Rises To No. 5 On All-Time Global Chart; Will It Overtake ‘Titanic’ Next?
Bed Bath & Beyond shares plunge after retailer warns it doesn’t have the cash to pay down debts