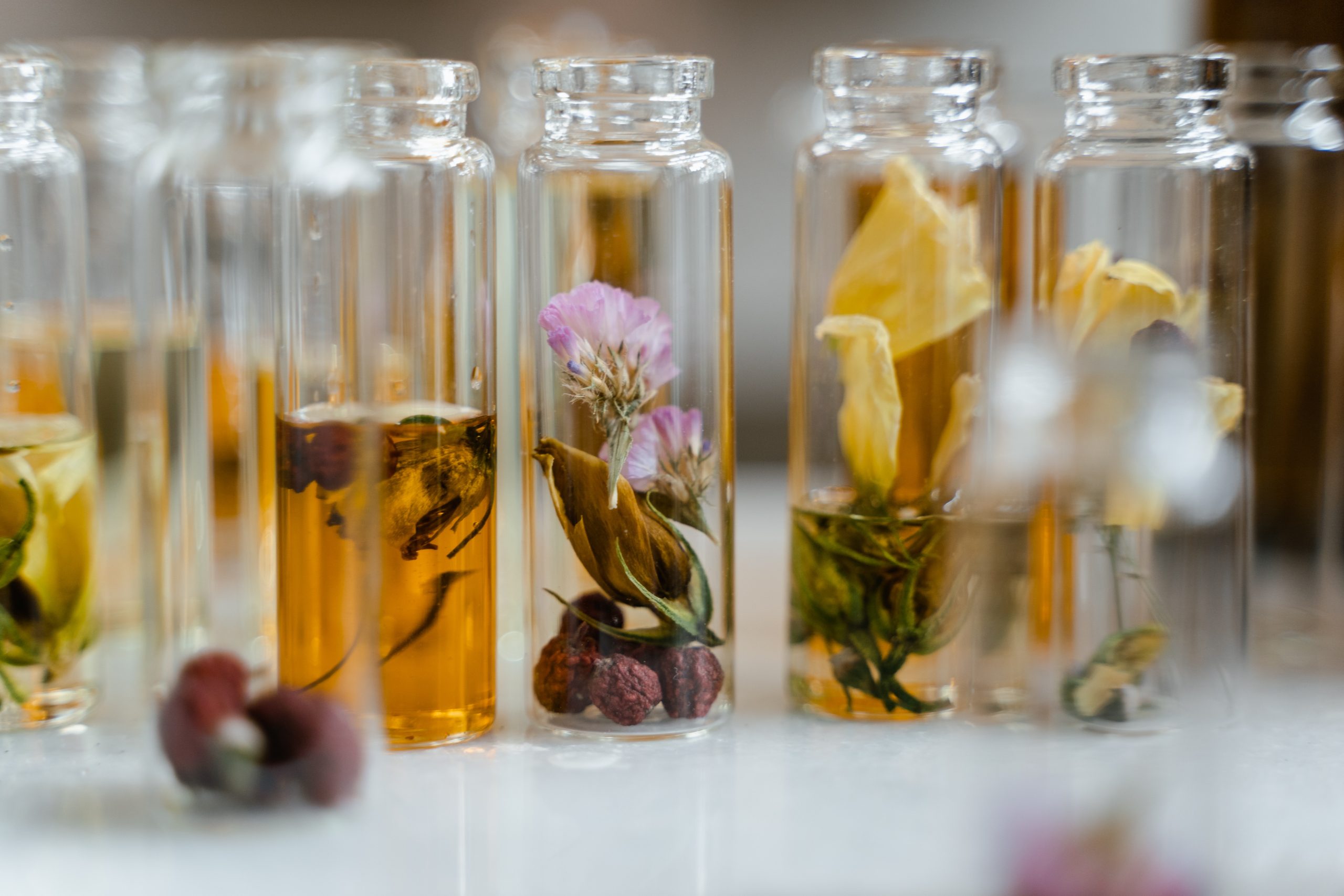 In 1937, on the bank of the river Ravi in Lahore, the 10-year-old protagonist of my novel realizes that he is affected by smell in a way that others are not. On that day, he is inducted as an apprentice to his uncle at the family’s perfume shop, and so begins the formal education of Samir Vij. Set against the backdrop of the 1947 Partition, he falls in love with Firdaus Khan, an illuminator of manuscripts; their days filled with perfume and paper, olfactory and amorous impulses.

The Book of Everlasting Things is at its heart a love story, but it’s also very much about characters who continue to practice traditional crafts—perfumery, distillation, calligraphy and illumination, paper-making, Ayurvedic medicine, carpet weaving, leatherwork and tanning—in a changing world. Perhaps it is my own training as a traditional printmaker that inevitably directs my attention to these now-rare, highly intricate, labor-intensive disciplines that have sadly been swallowed by the modern and automated. And so, in an effort to celebrate underappreciated art forms, ancient traditions, and unique occupations, I present a list of books that have informed the texture of my writing.

The Earthspinner by Anuradha Roy

The Earthspinner deftly revisits the themes that Roy’s novels are well known for—history, memory, myth, and love. Elango is a Hindu rickshaw driver and potter whose dream is to create a terracotta horse, and whose crime is falling in love with Zohra, the granddaughter of a blind, Muslim calligrapher. A neighbor, Sara, becomes both witness and chronicler of his days, as she entwines herself into his life as his apprentice. One day, a lost dog, Chinna, appears, adopting the potter. With the completion of the terracotta horse, a community is enraged, and the pair of lovers flee into exile. Told in alternating first and third person, moving between India and England, the novel harnesses the elemental power of rain and fire, the strength of the earth, and the bodily nature of craftsmanship.

The Hare with Amber Eyes: A Hidden Inheritance by Edmund de Waal

British ceramicist Edmund de Waal inherits his late uncle Iggy’s collection of two hundred sixty-four nestuke, Japanese wood and ivory carvings used as kimono ornaments, none bigger than a matchbox. It is a “very big collection of very small objects,” comprising, among other creatures, a hare with amber eyes, a tiger turning to snarl, a seated man holding a gourd between his feet, rats with sinuous tails, some with signatures or bits of paper glued to the bottom, others with fading patina and dulling details. This inheritance leads de Waal from Odessa to Paris, Vienna to Tokyo. Part memoir, part detective story, it absorbs centuries of art history, state and family archive, memory and secret, as de Waal unearths how and why these ornaments came to be acquired by his ancestor, the French art historian Charles Ephrussi, in the nineteenth century, and their tumultuous journey thereafter.

Chronicle of a Corpse Bearer by Cyrus Mistry

This was the first book I read when I moved to Montreal, a city enveloped in bitter cold for the better part of the year. Despite the seemingly morbid subject of the novel, I found the deliberate quiet of its prose resonated with me enormously. In the city of Bombay, there is a near-invisible community of Parsi corpse bearers called Khandias, whose job it is to collect the bodies of the deceased from across the city on foot, perform the final rites, and carry them to the Towers of Silence. Phiroze Elchidana, son of a Parsi priest, falls in love with Sepideh, the daughter of an aging corpse bearer, and makes the decision to adopt the profession. This is one of the most noble services a Parsi can perform for his faith, an ancient profession, and yet it renders them untouchable, often ostracized, for their contact with the dead. Bringing together the landscape of pre-Independence Bombay and the lesser represented stories of priests and corpse bearers of the Zorastrian faith, Mistry’s narrative is one of intimacy and tenderness, which, on more than occasion, led me to close the book and reflect on its melancholy.

The Printmaker’s Daughter by Katherine Govier

In Japan’s nineteenth-century Edo period, when artists and writers were suppressed by the shogunate, Kastushika Hokusai, a printmaker, lives with his daughter, Oei, working on pieces like The Great Wave that will one day become legend. However, in their time, they live in poverty, traveling often to avoid arrests. Through research, Govier imagines the life of Oei, who reveres her father above all else. She works in his studio for her whole life, and may well have been the hand behind some of his most famous works. This is a novel about artistry and the ukiyo-e tradition of woodblock printing and painting, but is as much about family and loyalty, and the place of women. In the final chapters, Oei says, “I am the brush. I am the line. I am the color”—and yet this is weighed down by one final admission: “I am she, Hokusai’s daughter.”

From the women of the Baiga tribe in the jungles of Jharkhand who have intricate godna tattoos etched upon their bodies to the professional mourners called rudaalis deep in the deserts of Rajasthan, from the Hindu priests on the banks of the river Ganga in Hairdwar who maintain genealogical records, rolled up to resemble resplendent tree barks, to the Urdu scribes or kaatibs of Old Delhi, Nidhi Dugar Kundalia’s book chronicles 11 of India’s dying professions. Though the book is by no means exhaustive—as there are many more such professions across the country—it is a splendid starting point for any reader, written with an atmospheric delight that restores a world on the verge of extinction.

Élisabeth de Feydeau, a professor at the Versaille School of Perfumers, draws on the papers of Jean-Louis Fargeon, tracing his life from 1748, when he is born into a family of perfumers in Montpellier, to his becoming perfumer to the young queen, Mary Antoinette. He serves her for fourteen years until the Revolution sweeps the nation, composing luxurious and bespoke fragrances and pomades, and chronicling her extravagant expenditures. Rather than providing broad historical context, the book speaks to an intimate court life and relationship between perfumer and queen. It spends considerable time on fascinating beauty secrets, ingredients, luxury goods, and articles for grooming—lemon pomade, carnation powder, perfume sachets, and a selection of beauty spots and creams to purify and whiten the queen’s complexion. The back of the book contains notes on Fargeon’s palette and his methods of ingredient extraction. Interestingly, one of his floral formulas survived the revolution and is now called “Black Jade.”

Jadoowallahs, Jugglers and Jinns: A Magical History of India by John Zubrzycki

One of my early childhood memories in India is of the magicians, puppeteers, and snake-charmers that attended our birthday parties. There are photographs of them making eggs appear and disappear in our hands, pulling doves from top hats, finding coins behind a cousin’s ear. India’s association with magic goes back centuries, and in this magnificent book, Australian writer, John Zubrzycki explores how “magic descended from the domain of the gods to become part of daily ritual and popular entertainment.” Highly imaginative and rich in detail, the book draws on archival records, newspaper articles, interviews, and memoirs of Western and Indian magicians and illusionists to culminate in an extraordinary cultural history of oddities.

Judge suggests abortion might be protected by 13th Amendment despite Supreme Court ruling
Watch Unwound’s First Official Reunion Show
A Million Little Things: Things We Must See Before It’s Over!
Microsoft will let companies create their own custom versions of ChatGPT, source says
My Name Is A Direct Line To A Colonizing Ancestry I Still Benefit From