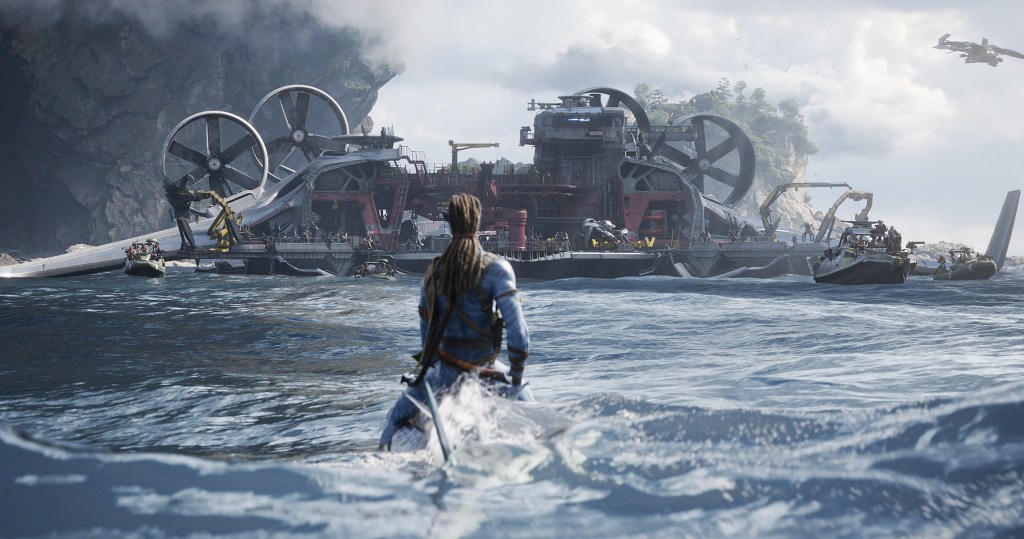 After earning the highest grossing Tuesday of 2022 with $24.1M, 20th Century Studios/Disney/Lightstorm’s Avatar: The Way of Water also notched the best Wednesday of the year yesterday with $20.4M beating Top Gun: Maverick‘s June 1 take of $14.8M, and Avatar 2‘s first Wednesday of $14.4M. At a running total of $337.9M through 13 days, the James Cameron directed, Jon Landau produced sequel is pacing 1% ahead of Top Gun: Maverick at the same point in time.

All-in global for Wednesday is $70.4M, with a $1.1 billion running worldwide total, which is the No. 2 global release of 2022 behind Top Gun: Maverick‘s $1.48 billion. It’s also the third best release of the pandemic era after Spider-Man: No Way Home‘s $1.9 billion and Top Gun 2.

Four day weekend for Rogue One, which was the last time New Year’s Day fell on a Sunday in 2017, was $65.5M, -32% from that pic’s 4-day Christmas stretch. That’s what Avatar 2 looks to emulate in its third weekend.

Universal/DreamWorks Animation’s Puss in Boots: The Last Wish saw its second Wednesday at $5.8M, +82% from its opening day a week ago. Through eight days, the Joel Crawford-directed, Januel Mercado co-directed title stands at $38.7M.

Disney/Marvel Studio’s Black Panther: Wakanda Forever won’t stop with $1.5M yesterday, +69% from a week ago, for a running total of $431.4M, currently the second highest grossing movie of the year stateside behind Top Gun: Maverick‘s $718.7M.

Fourth belonged to Tri-Star/Compelling Pictures/Black Label Media’s I Wanna Dance With Somebody with $1.17M yesterday, -25% from Tuesday for a running six day total of $9.47M.

A shoutout to Searchlight’s twisty genre comedy The Menu starring Anya Taylor-Joy and Ralph Fiennes. The Mark Mylod directed title’s running cume of $34.77M has beat the domestic final of the distributor’s dark period comedy The Favourite, which was boosted by Oscar noms and a win for Olivia Colman. The pic made an estimated $270K yesterday. The movie is up for two Golden Globes for Fiennes in Best Actor Musical/Comedy and Taylor-Joy in the Actress Best Actress Musical/Comedy category.