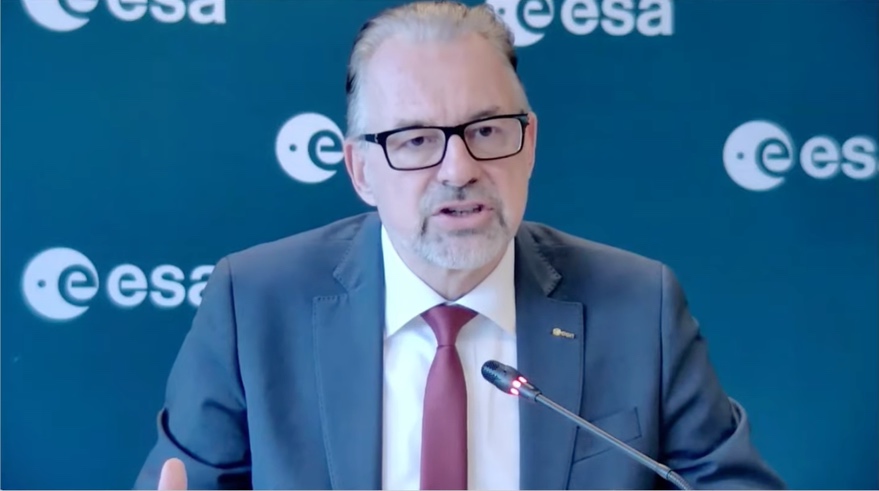 WASHINGTON — Fresh off of securing a significant budget increase, the European Space Agency plans to hire 200 new employees in 2023 to help it implement new projects.

At a Dec. 15 briefing after a meeting of the ESA Council, agency officials announced ESA would increase its staff, currently at about 6,000 people, by 200 in the next year to support projects funded by its members at the November ministerial meeting.

“We’ve got new projects to initiate thanks to the very good and strong subscriptions of the member states, so we need additional staff to do that,” Josef Aschbacher, ESA director general, said.

Vacancy notices for the new positions will be released in early 2023, he said. ESA expects to hire about 400 people overall in 2023, including both the new positions as well as replacements for existing positions. The new employees will be placed “strategically” in various parts of the agency to support new or growing programs, but he did go into specifics.

That hiring will be a key element of what Aschbacher called “transformation of ESA as an institution,” which he described as encompassing strategic issues within ESA as well as reforming its bureaucracy. The agency will, with this new set of employees, attempt to reduce the time to hire by 40%.

ESA’s decision to hire more staff came after its member states agreed Nov. 23 to provide 16.9 billion euros ($18 billion) for the agency over the next three years, an increase of nearly 17% from the previous ministerial council meeting in 2019. The amount, while a significant increase, fell short of the agency’s proposal for 18.5 billion euros.

Aschbacher and Anna Rathsman, chair of the ESA Council, celebrated the increased funding at the briefing. “Everyone is really happy about the results from the ministerial meeting,” Rathsman said, concluding that the increased funding “really shows the importance of space when we have this very difficult time.”

Aschbacher emphasized a point not made clear immediately after the ministerial, that the funding increase will incorporate inflation adjustments over the next three years. “Inflation comes on top,” he said. That explains why some countries announced funding commitments larger than what ESA reported, accounting for inflation.

ESA is still assessing how to accommodate undersubscriptions, or funding for programs that fell short of its proposal, as well as, in a few cases, oversubscriptions where countries pledged more funding than ESA requested. Each ESA director is working with member states on how to allocate the funding they received, Aschbacher said, developing work plans to be considered by program boards in February.

Those plans will determine what projects go forward and at what level. “We all want to proceed very quickly with the contractual implementation” of the programs, he said, such as procurements.

The ESA Council also approved at the meeting hiring two new directors. Carole Mundell, a British astrophysicist, will be ESA’s next director of science, succeeding the retiring Günther Hasinger. ESA also hired Dietmar Pilz, an Airbus Defence and Space executive, to be its next director of technology, engineering and quality, replacing acting director Torben Henriksen. Both are slated to start work in early 2023.