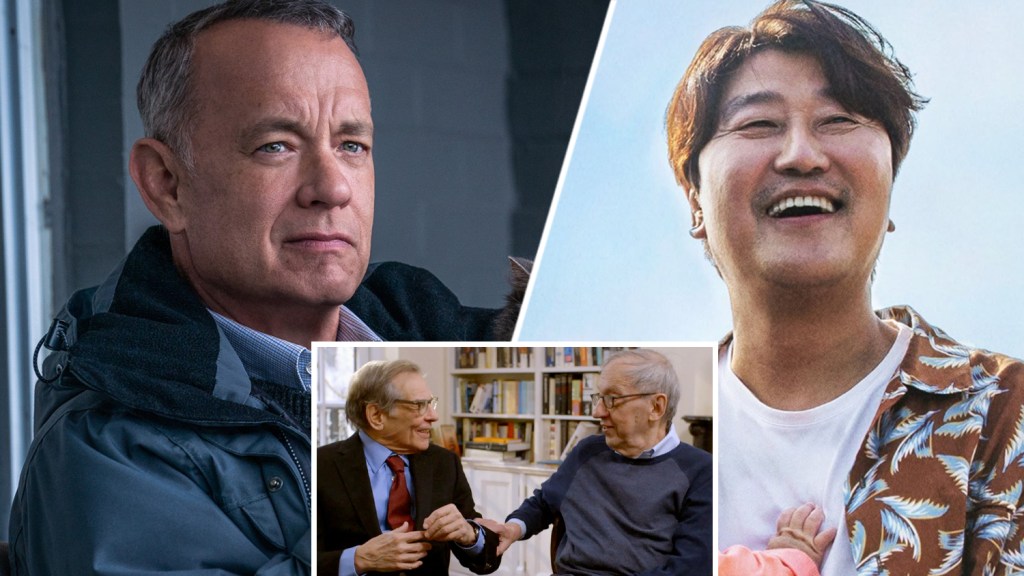 Specialty film closes the book on a mixed 2022 this weekend with the limited release by Sony of Tom Hanks-starring A Man Called Otto; a literary doc by Lizzie Gottlieb from Sony Pictures Classics and Hirokazu Kore-eda’s latest from Neon via Cannes.

Otto, by Mark Forster, is a remake of a Swedish film based on a New York Times bestseller. It debuts on four screens in NY (Lincoln Square, Union Square) and LA (Century City, Grove). Sony had some early shows starting at 2pm Thursday. The film opens wide Jan. 13.

Otto’s screenplay is by David Magee. Also stars Mariana Treviño, Rachel Keller, Manuel Garcia-Rulfo, Truman Hanks and Mike Birbiglia. Hanks plays Otto Anderson, a grump who no longer sees purpose in his life following the loss of his wife. He’s ready to end it all but turns it around when a lively young family moves in next door. Deadline review here.

Sony Pictures Classics presents documentary Turn Every Page – The Adventures of Robert Caro and Robert Gottlieb at two theaters NY and LA. The doc explores a remarkable fifty-year relationship between two literary legends, writer Robert Caro and his longtime editor Robert Gottlieb. Now 86, Caro is working to complete the final volume of his masterwork, The Years of Lyndon Johnson; Gottlieb, 91, waits to edit it. Lizzie Gottlieb’s unique double portrait revealing the work habits, peculiarities and professional joys of these two ferocious intellects at the culmination of a journey that has consumed both their lives and impacted generations of politicians, activists, writers, and readers. Premiered at the Tribeca Festiva. With Robert A. Caro, Robert Gottlieb and featuring Bill Clinton, Conan O’Brien, Maria Tucci, and many more. See Deadline director interview.

Neon continues with Broker in three locations, one in in New York (since 12/26) and two in LA (from 12/28). Total cume, $25.2k. The film debuted at Cannes five years after director Hirokazu Kore-eda won the Palme d’Or there for Shoplifters, and screened at Telluride and Toronto. It stars Cannes Best actor winner for Parasite, Song Kang Ho. Broker follows two baby brokers who sell orphaned infants to affluent couples, circumventing the bureaucracy of legal adoption. After one mother surprises the duo by returning to ensure her child finds a good home, the three embark on a journey and build an unlikely family of their own. The helmer also won the Jury Prize at Cannes for 2013’s Like Father Like Son. See Deadline review.

Lionsgate is giving Mary Nighy’s Alice, Darling with Anna Kendrick an Oscar-qualifying run exclusively at the AMC Sunset in LA ahead of a planned Jan. 20 release. With Charlie Carrick, Kaniehtiio Horn. Kendrick is a woman pushed to the breaking point by her psychologically abusive boyfriend. Deadline review here.

Jeff Zients reportedly will be Biden’s next chief of staff
9 Novels About Losing (and Finding) Yourself in Work
Animaniacs: Season Three; Hulu Sets Premiere Date for Final Season of Animated Series Revival (Watch)
His Father’s Memories Are Not His Own
Google bonus delay has a windfall lesson for workers: ‘Don’t have it spent before it gets there,’ says advisor