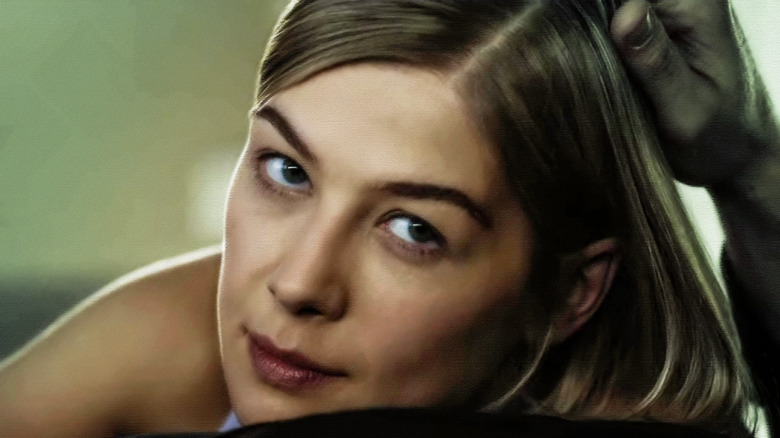 There is a point in my novel No One Knows Us Here when my heroine does a very, very bad thing. She doesn’t have to do the bad thing—it’s not one of those “steal a loaf of bread to feed her starving family” situations. She has other options and chooses to go down the dark path anyway.

I had early readers who worried that, once my heroine does her horrible deed, she becomes unsympathetic. I could have tweaked the story to make her actions more justified but ultimately decided against it—I wanted her to commit this morally dubious act. Look at famous literary bad guys like Humbert Humbert, Norman Bates, or Hannibal Lecter. A child abuser, mother/murderer, serial killer—do we sympathize with these guys? Or maybe the better question is, do we need to? At some level, yes, we can sympathize with even the most depraved characters, see their humanity despite (maybe even because of?) their wicked behavior. But really, finding a character sympathetic is secondary to whether we find them interesting. As readers, we don’t relate to Hannibal when he chows down on a victim’s brains (at least, I don’t)—we find him fascinating because of his base desires.

Literature doesn’t lack female villains—Nurse Ratched, Cruella de Vil, every wicked stepmother from every fairytale. And more recently, in 2012, Gillian Flynn’s Gone Girl, with the sociopathic Amy Dunne (and her famous “cool girl” monologue) proved that bad women can be just as devious and captivating as our Humbert Humberts and Hannibal Lecters. The contemporary villainesses on this list aren’t necessarily riding around on broomsticks, murdering Dalmations and turning them into fur coats, or locking their daughters in high towers. They are girls or women who do the wrong thing, sometimes out of malice, sometimes out of desperation, sometimes out of a very human desire to get exactly what they want, at any cost.

Baby Teeth fits into the “Is your child a violent psychopath or am I just a horrible parent?” subgenre along with We Need to Talk about Kevin by Lionel Shriver and The Fifth Child by Doris Lessing. In this case, our villainess comes in the form of a little girl, Hanna. Sweet as candy to her adoring father, Hanna terrorizes her mother the minute he turns his back. “It was hard to pour endless love into someone who wouldn’t love you back,” observes the narrator. “No one could do it forever.”

Described as “A Talented Mr. Ripley for the digital age,” Social Creature isn’t a retelling or a re-imagination of Ripley as a woman so much as its own, original story, with its own crazy, messed-up characters and plot twists and turns. Poor girl Louise gets swept up in the party animal lifestyle of the rich and glamorous Lavinia. If you know what Tom Ripley would do in this situation, you have a pretty good idea of what happens next. If you don’t—all the better. Ultimately, it wasn’t the story that lured me in so much as the wry, detached writing style and the over-the-top depiction of the wild lives of the spoiled rich.

An Elderly Lady is Up to No Good by Helene Tursten, translated by Marlaine Delargy

A Swedish collection of interrelated short stories with a very unsuspecting villainess, an 88-year-old woman, Maud, who travels the world and gets into a little bit of trouble—but nothing a little murder can’t resolve. A celebrity who wants to take over her apartment, annoying neighbors, or anyone else who gets in her way—no one is safe from this octogenarian serial killer. Who would possibly believe such an innocent, feeble-looking lady could be capable of such atrocious crimes?

My Sister, the Serial Killer by Oyinkan Braithwaite

Korede and her sister Ayoola have an arrangement: when Ayoola kills a boyfriend “in self-defense,” Korede will get out the bleach and rubber gloves and help her sister get rid of the evidence. That’s just what sisters do for each other, right? The tagline really sells it: “My Sister, the Serial Killer is a blackly comic novel about how blood is thicker—and more difficult to get out of the carpet—than water…”.

By the author of My Year of Rest and Relaxation, Eileen is a creepy little book with a very creepy main character, Eileen Dunlop, who dreams of escaping her stifling life taking care of her alcoholic father and working as a secretary at a boy’s prison. She becomes obsessed with Rebecca, a counselor at the prison, and eventually gets tangled up in a strange and disturbing crime.

What Was She Thinking? [Notes on a Scandal] by Zoë Heller

It’s hard to pin down the better villainess in What Was She Thinking?: Is it Sheba, a grown woman carrying on an affair with one of her underage students? Or Barbara, a frumpy older teacher at the same school, who is writing up her account in Sheba’s defense when the crime comes to light? Here’s what Barbara has to say on the subject: “In the end, I suspect, being female will do nothing for Sheba, except deny her the grandeur of genuine villainy.” The book is much darker and funnier than the movie version (called Notes on a Scandal) starring Cate Blanchett.

Out by Natsuo Kirino

Set in the suburbs of Tokyo, a fed-up woman strangles her husband to death—then recruits her night-shift co-workers to help her cover up the crime. I read this book shortly after the English translation came out in 2005, and I still remember some of the gruesome details of these women’s exploits. It’s not easy getting rid of a body in the middle of a gigantic metropolis, as it turns out. One of the women, Masako Katori, emerges as the leader of this ragtag group of criminal novices. A shrewd, fiercely loyal villainess to root for.

As a child growing up in Boston, Ivy Lin’s immigrant grandmother teaches her the art of thievery, a talent she carries into adulthood, when she finds herself drawn into the world of a WASPy rich family. She then goes to extreme lengths to secure her new position there. White Ivy reminds me of other great books: Donna Tartt’s The Secret History for its commentary on social class and also White Oleander, Janet Fitch’s 1999 hit that also happens to feature an excellent female villain. At the same time, White Ivy offers a completely different take on the immigrant experience and introduces a memorable villainess who never disappoints the reader by doing the right “bad” thing.

The Perfect Nanny by Leila Slimani

Originally published in France under the name Chanson douce (Lullaby) in 2016, The Perfect Nanny is a parent’s worst nightmare. When a mother decides to return to work as a lawyer, she finds the ideal candidate to tend to her two children—meek, unassuming Louise. From the very beginning, you know how it ends—horrifically—so the tension comes in watching the tragedy unfold. Sometimes the quiet ones are the most villainous of all.