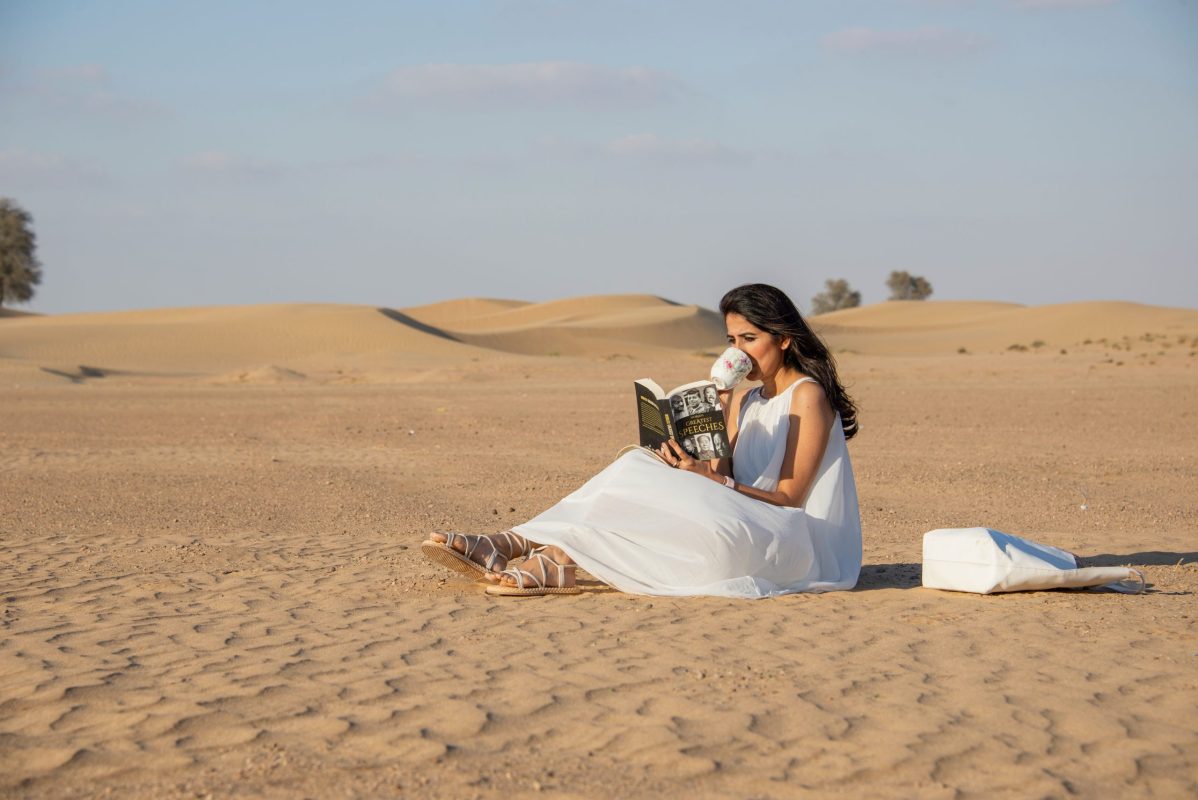 I was in my twenties the first time I read a memoir set in Lahore, my father’s city, where I’d spent time during my childhood. I was living in Syracuse, New York, then, and I read Meatless Days hungrily, soaking in familiar places and people, and when I finished it, I read it again. I hadn’t yet dared think of myself as a novelist, but encountering someone else’s Lahore made me think my story of belonging might be worthy of the page. My mother was Dutch, my father was Pakistani, I was born in Austria, and I now live in the U.S. The many places I come from comprise a mouthful, and until I read Sara Suleri’s memoir, I couldn’t imagine them side by side in a book that explores identity. In the coming years, I set aside a special bookshelf for memoirs that wove together different parts of the world, as if Cairo or Tehran were a talisman for the books I would one day write.

When I began We Take Our Cities with Us: A Memoir, I dusted off my shelf and devoured the collection from start to finish. I traveled to the now familiar locations of Port au Prince and Gaza while adding new destinations like Jaffna and Nsukka. For a writer, memoirs set around the world can be examples of place that is as alive as character and confirmation that place, wherever it may be, is story. As a reader, I saw authors weave their cities into stories and themselves. And as someone whose sense of belonging crosses borders, the memoirs gave me hope that I might yet find (and write) the threads that bind Maastricht, Islamabad, and Syracuse to each other and me.

In telling a story of two brothers who are layered by history at birth and in death, Edwidge Danticat details the struggles of belonging to more than one nation—Haiti and the U.S.—at the same time. But Brother, I’m Dying is also a love story, told by a daughter who chronicles the tale of her two fathers, their distinct lives, and her journey between them. In Danticat’s hands, history is not a time or place; it is lodged in love and grief and identity, and crosses borders. Her memoir is powerful and beautiful in its ability to resurrect two men who are dead, but alive in her love.

In Dark Tourist, a collection of essays, Hasanthika Sirisena takes us on a journey of self discovery in which identity, history, and places as divergent as North Carolina and Jaffna meet. We accompany her as she revisits her relationship with her mother, who died too soon, and her father, who remarried in secret. We travel with her to Sri Lanka as she visits sites of Sri Lanka’s civil war and grapples with the haunting category of “dark tourism.” All the while, she asks us to consider the beauty of art and the possibility that it might save us.

Looking for Palestine by Najla Said

The subtitle to Najla Said’s memoir, Growing Up Confused in an Arab-American Family, captures only one side of this engaging and sometimes laugh-out-loud funny book. In the midst of a famous father and a complicated mix of backgrounds, Said’s crystal clear voice tells a wrenching story of trying to make sense of her identities (of which Palestinian is but one) while growing up in New York in private schools where kids rarely look like her. This memoir is fundamentally a story of the in-between place and for those of us who live there, it is a serious breath of fresh air.

Marjane Satrapi’s graphic memoir Persepolis 2 recounts a young woman’s struggle with belonging. Satrape is an outsider at home in Iran and, she soon discovers, in Austria where she arrives to study art. The backdrop of Iranian and global politics compounds the personal stakes in this coming-of-age story of a young woman trying to make sense of herself and the world. The voice and illustrations work hand in hand, propping up each other in a spare and sometimes funny, but ultimately devastating narrative.

Belonging, Nora Krug’s graphic memoir, uncovers the mystery of her German family’s history in World War II. The author’s vantage point as a granddaughter and New Yorker effortlessly pulls the reader into her personal journey, a painstaking investigation of the past. Although Krug’s subject is in Germany, she asks larger questions about what it means to belong to history and country. In the process, the reader is given a valuable gift; Krug unveils the mystery of research by showing us what it looks like—photographs, letters, objects, documents, interviews, handwriting, archives.

A Border Passage by Leila Ahmed

In Border Passage, Leila Ahmed stitches together many worlds, including Cairo, her first home, and the U.S., her eventual one. Her story reminds us that immigrants have homelands that follow them wherever they go. Like all memoirs, it captures a time in the author’s life that has come and gone, but it also captures the nation, Egypt, at the end of colonialism (long before the Arab Spring) when Ahmed was a child. She writes movingly about the multiple worlds of Islam, including the one of women who raised her, and suggests we are shaped by history, as much as by people.

Coming-of-age is challenging, but rarely more than in Abeer Y. Hoque’s self-described cross-cultural memoir. Olive Witch travels three continents, moving from Nigeria to America to Bangladesh, as well as across the difficult terrain of mental illness. Hoque’s prose is luminous, interspersed with poetry and weather conditions, as if to help ground us in this struggle to belong.

Sara Suleri, who settled in the U.S., had a Pakistani father and a Welsh mother, but she writes about her family and Lahore as if Lahore is the magnet that holds her world together. Her connected essays are a lesson in language and craft, while reading like stories in this elegiac book. Written in the shadow of death, it is as much about how memory works as the lives it tries to capture. Memory is story, Suleri seems to say, as she pieces things together later when mothers and sisters are dead.