On January 3rd, a new study on teens and social media hit the headlines in places like StudyFinds.org and the New York Times.  The headline in StudyFinds was scary: it warned of a “social disaster.” And it explained that “Children who frequently check social media face significant brain changes.”

But the headline was wrong.  Dead wrong.

Here’s the story.  Roughly three years ago, seven researchers from the Department of Psychology and Neuroscience at the University of North Carolina at Chapel Hill began what they called “A 3-year longitudinal cohort study… among sixth- and seventh-grade students recruited from 3 public middle schools in rural North Carolina.”  There were 169 students involved.

When those students were twelve, the researchers asked them to describe their use of social media.  Specifically their use of Facebook, Twitter, and Instagram.  Some of these twelve year old students checked their social media 15 or more times a day, others between one and fourteen times, and yet others less than once a day.

Was social media warping the brain?  Or were students with a different type of brain more attracted to social media?  The study does not answer that question.

As Jeff Hancock, the founding director of the Stanford Social Media Lab, said, the study may simply have been picking up on the natural development of characteristics like extroversion. And on the brain changes that produce extroversion.  In other words, the odds are good that extroverts were more attracted to heavy use of social media.

Or, as the University of North Carolina’s Eva Telzer, one of the authors of the new study, confesses, “We can’t make causal claims that social media is changing the brain.” 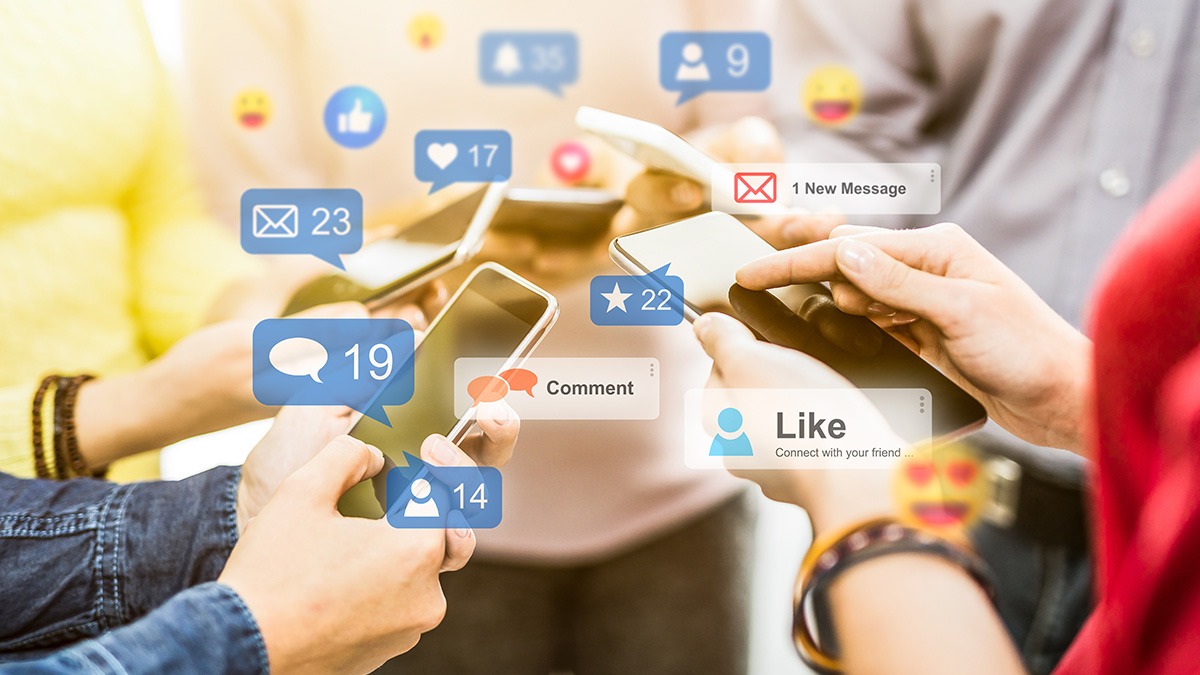 Another six-month old study gives a very different picture.  It comes from a survey of 1,316  teens performed in the spring of 2022 by the high-prestige Pew Research Center.  The Pew survey suggests that social media use is an enormous positive for teens.

The teen years are all about separating from your parents, making friends, finding the groups of people your age with whom you belong, and trying to fit into those groups.  Finding a group that accepts you and attaching to friends your own age is vital to your mental health.  And it’s powered by changes in your brain.

Pew shows that social media helps kids find their tribe. And the Mayo Clinic says that “social media allows teens to create online identities, communicate with others and build social networks.”  In other words, social media may  not be a brain destroyer.  In fact, it may be a brain enhancer.

Howard Bloom has been called the Einstein, Newton, and Freud of the 21st century by Britain’s Channel 4 TV.  One of his seven books–Global Brain—was the subject of a symposium thrown by the Office of the Secretary of Defense including representatives from the State Department, the Energy Department, DARPA, IBM, and MIT.  His work has been published in The Washington Post, The Wall Street Journal, Wired, Psychology Today, and the Scientific American.  He does news commentary at 1:06 am et every Wednesday night on 545 radio stations on Coast to Coast AM.  For more, see http://howardbloom.institute.

Best 15 Tips On How To Style A Flannel Shirt From Casual to Smart in 2023
U.S. will send Abrams tanks to Ukraine ahead of expected Russian offensive
Ford and General Motors enter a new phase of uncertainty on prices and demand
Stocks making the biggest moves after hours: Tesla, Chevron, ServiceNow, Levi Strauss, IBM and more
EVERYDAY CARRY: Izzat