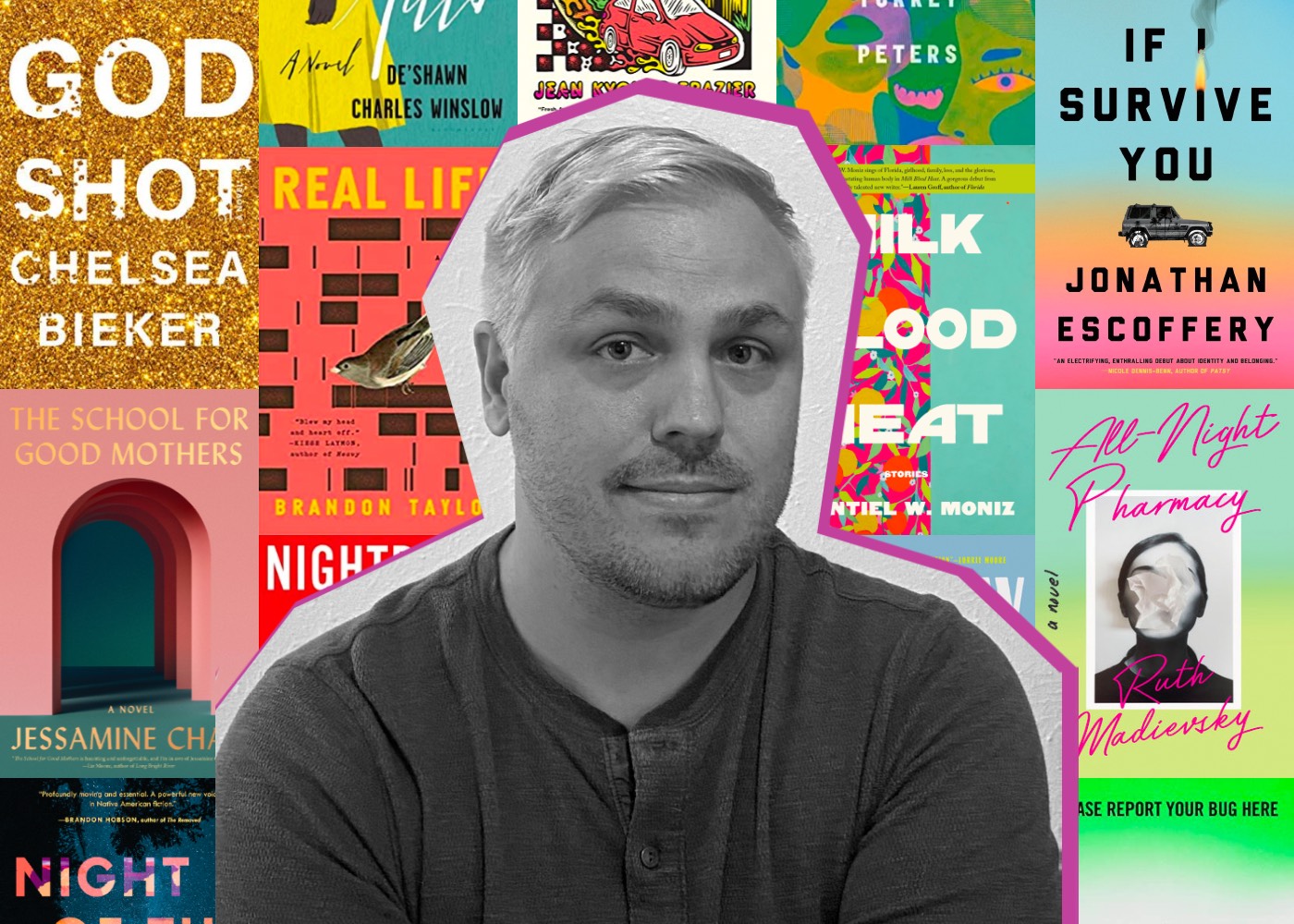 If you are a debut author or a literary fiction and nonfiction stan, you’ve likely heard of Debutiful. Adam Vitcavage launched the podcast and website dedicated to highlighting the work of debut authors in January 2019. It has since become a beacon in the literary community, helping over 100,000 readers discover debut books. It’s one of my favorite podcasts of any genre, period. Vitcavage is a nimble interviewer who is as interested in chronicling the winding journey of a debut book as he is in discussing the book itself. Debutiful is a perfect podcast if you’re into writers spilling the tea about their publication experience, their craft, and how their identity intersects with their writing, all in under 30 minutes (most of the time). Vitcavage was previously the Director of Events at Tattered Cover Book Store, and is an all-around literary mensch dedicated to helping debut books (many of them from indie publishers) thrive in our hyper-saturated attention economy.

Vitcavage has interviewed knockouts like Megan Giddings, Chelsea Bieker, Jean Kyoung Frazier, Rachel Yoder, and Jessamine Chan, among many others. With Debutiful on the cusp of entering its fifth year, I caught up with Adam over email to chat about the art of the interview, his short and long term goals for Debutiful, and the best wisdom he can impart to aspiring and forthcoming debut writers.

Ruth Madievsky: Prior to Debutiful, you did a lot of author interviews for places like Electric Literature and The Millions. How did Debutiful originate?

Adam Vitcavage: After half a decade of writing for those outlets I realized a lot of the books I was reading and pitching were debuts. I started looking around and there wasn’t really anything dedicated to debut authors at the time. It was something percolating for a bit until one day the name Debutiful just popped into my head. I spent less than a month planning what the site would be and pitching publicists on coverage. The initial excitement and feedback I got from publicists I had worked with for years was when I felt I had something that could be worthy of joining the ranks of Electric Literature and The Millions. Debutiful launched on January 2, 2019, and it’s been a wild ride ever since.

RM: You’ve interviewed some total luminaries like Bryan Washington, Kimberly King Parsons, Brandon Taylor, and Torrey Peters. I got a little sweaty browsing Debutiful’s archives, imagining how I’d keep my cool if I was the one face-to-face interviewing an author whose work I was a little obsessed with. Do you ever get starstruck talking to an author whose book meant a lot to you? How do you deal? 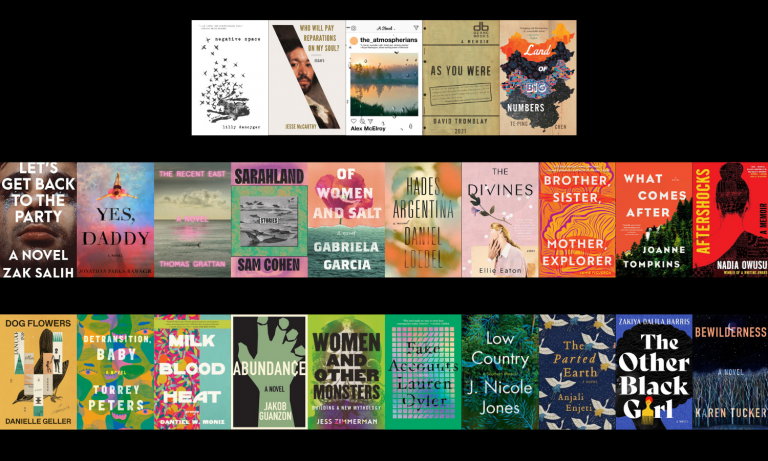 AV: The most starstruck I ever got was when I interviewed Jesmyn Ward. She is my favorite writer. Salvage the Bones is easily my most beloved book and I can talk about how much her writing means to me for hours. Talking to her for Sing, Unburied, Sing was an out of body experience.

I used to get pretty amped up before each interview. It wasn’t because I was starstruck but because it’s nerve-wracking talking to someone who wrote something so beautiful. Now I have this calmness that happens right before interviews. It’s just an honor to be part of an author’s journey to their debut publication day.

RM: What kind of interview prep do you do, beyond reading the book?

AV: Since I don’t necessarily talk about the book that much in interviews, I tend to only re-read the first ten pages and then another random ten to get a sense of the writing and then stop. I do read the acknowledgements section of each book right before every interview. Debutiful is all about the who, the why, and the how of their writing and lives.

This doesn’t feel like prep work, but I tend to follow writers on social media that I know I plan to feature on the site and podcast to get a sense of who they are. It’s really like prepping for a first date. There’s some light internet sleuthing but I never want the conversation to feel forced. My notes for each interview are usually five to ten words that can be anything from topics I want to discuss or how the book made me feel.

RM: It feels like Debutiful has become an indispensable part of every debut literary author’s publicity plan. I imagine you get sent a fuck-ton of books. Do you feel like, generally, the publicity teams reaching out to you have a strong sense of your taste, or do you get sent every book under the sun? How many books do you think you read in a year?

AV: I’m extremely lucky that Debutiful has become as respected as it is among writers, agents, and publishers. Because of that, I definitely feel I get emailed about nearly every debut coming out. Usually I have a sense of the books I want to cover prior to an official pitch, but there are gems that miss my radar, and I love when a publicist cuts through the mumbo jumbo and just emails, “Seriously, Adam, you need to read this.” A lot of publicists now know my taste, which breaks down to: I want beautiful writing, and I want to either ugly cry or feel cozy.

I have piles and piles (and piles) of books around my home. The pile on my bedside table is “must read ASAP.” It’s just a constant rotation of books I’m excited about. I feel I have my finger on the pulse of the debuts that are going to help shape the year, but it’s easy to miss a great one. For instance, I only just read Vagabonds! by Eloghosa Osunde, which came out in march. I’m glad I finally read it because it just blew me away. There are so many books out there that it’s easy to miss a banger. That’s one reason Debutiful exists in the first place: trying to make sure damn good debuts don’t go unnoticed.

I’ve stopped logging what I read because it made reading less fun when it felt like a race. The goal is to recommend six to twelve debuts a month, and luckily I am ahead on what I’m reading. It’s already spring 2023 in the little fantasy world in my head. I also try to read six or so books from established authors I just can’t miss per year. I will drop everything I’m doing to read a new Jesmyn Ward, Michael Chabon, Alexander Chee, Zadie Smith, Garth Greenwell, or Brandon Taylor.

RM: Outside of Debutiful, you were previously the Director of Events at Tattered Cover Book Store in Denver, Colorado and worked at Changing Hands in Phoenix, Arizona; you currently have a day job outside the literary world. I’m curious to hear you talk about how your work in these different arenas intersects.

AV: Bookstores have been an important part of Debutiful. I worked part time at Changing Hands during the site’s infancy, and my coworkers and the owners were very supportive of Debutiful. At Tattered Cover, I worked with the front list buyer to highlight debut authors and to host a few events. I find it fascinating how the different skills I learn at my day jobs translate to running Debutiful. I started the website when I worked for the government in Arizona, and the administrative skills I honed there helped me launch Debutiful.

I recently left Tattered Cover to work for a nonprofit. I loved living and breathing books 24/7 at the bookstore during the day and doing Debutiful at night, but having a balance between work and Debutiful is important to me. It helps keep the fire burning. That doesn’t mean I won’t return to the bookstore world eventually, but at this point in my career, I feel I need to learn different skills and take a different path.

RM: Maybe this is my lack of MFA and PhD talking, but it’s hard to imagine a better writing education than spending as much time as you do close-reading excellent books and having thoughtful conversations with their authors. Any chance you are working on a debut manuscript yourself?!

AV: As someone who also doesn’t have an MFA or PhD, I feel lucky to have chatted with some of the greatest new minds in literature. I said I don’t get starstruck but it does blow my mind that so many authors have trusted me enough to open up and share their stories with me.

I’ve learned so much, but I never considered myself a fiction writer. However, I did recently tell Isaac Fitzgerald on his episode of my podcast that if I were to write, it would be a children’s series similar to Animorphs or The Baby-Sitters Club. Those books were some of the most influential books I read, and I would love an ongoing series to help ignite a passion for reading in young children.

RM: It’s amazing what you’ve accomplished entering year five of Debutiful. What are your short and long term goals for the podcast?

AV: As Debutiful enters year five, the short term goal is to continue to help readers discover debuts authors. The website launched in January 2019, and the podcast came a year later. This past October, the podcast feed began First Taste Reading Series, a weekly five-minute reading from debut authors to whet readers’ appetites with good literature every Monday.

I do want to start an event series but it’s tricky with my current full-time position. Luckily there’s Deesha Philyaw, Kiese Laymon, and Robert Jones, Jr., who announced an amazing new series called LIT 16. Eventually, Debutiful would have something like that out there in the world.

Long term? I alluded earlier to wanting to open a bookstore. I’ll do Debutiful until I finally open a shop. That could be when I turn 45 or maybe Debutiful will run until the day I die. I’ll always try to get good books into the hands of readers one way or another.

RM: Having spoken to so many debut writers over the years, do any particular bits of wisdom stand out as something you think would be helpful for the aspiring and soon-to-be debut writers among us to hear?

AV: I think aspiring writers need to realize that your dream first book might not be what you actually publish. So many writers have said they had to shelve books they were working on for years for one reason or another. Or that they had to take what was working and reshape it altogether. A lot of writers have shared that finding an agent and selling your book to a publisher can also be some of the hardest times of their lives. Not in hyperbole either. Laura Warrell talked about how demoralizing that time can be on my recent podcast episode with her.

Published writers who already went through that and are on the verge of publishing should know that everyone is nervous pre-pub and no one really knows what they’re doing. When I say everyone, I mean everyone from the heavy hitters the publishing industry have long dubbed the next big thing to the writers on small presses who can’t afford a publicity campaign. I think the more transparent the industry is about this, the better our collective mental health as a community will be.