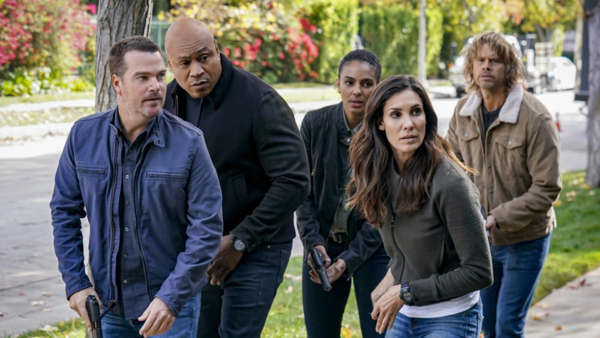 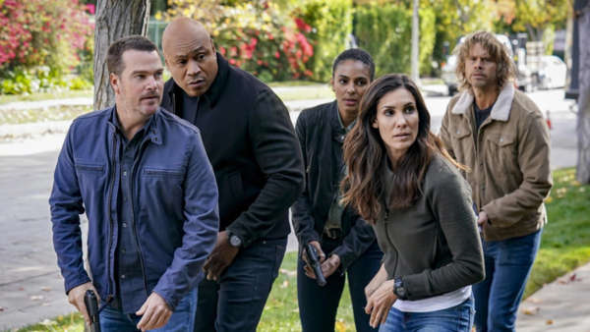 We know one CBS series that won’t return for the 2023-24 television season. It’s been revealed that NCIS: Los Angeles has been cancelled and will end on May 14th with the conclusion of its 14th season. The spin-off series will wrap with 322 episodes, making it one of the longest-running primetime CBS series in history.

According to Deadline, the cast and crew of NCIS: Los Angeles have been informed about the series coming to an end. Though the series is likely expensive to produce, having been on the air for so long, the cancellation was still a surprise given the strong ratings for the three-way crossover with NCIS and NCIS: Hawai’i.

The CSI and Criminal Minds franchises have both been revived in recent years, so there’s always a chance that NCIS: Los Angeles will return in some form someday. In the meantime, the producers will have enough time to give the series a proper farewell.

“For 14 seasons, NCIS: Los Angeles has been a stalwart of our lineup with characters who were a joy to watch,” said Amy Reisenbach, president of CBS Entertainment. “From day one, the cast, producers and crew were amazing network/studio partners, and their teamwork, talent and spirit vividly came through on the screen. We are so grateful for the collaboration and remarkable run of these treasured members of our CBS family, and plan to give them the big sendoff they and their fans deserve.”

This NCIS Crossover was a huge success! After 14 seasons, it’s the perfect time to end @NCISLA on top! I look forward to continuing my partnership with @CBSTVStudios. They invested in our series B round and became a strategic partner with @RockTheBells—more exciting things ahead! pic.twitter.com/AE0JcDa2El

Incredibly sad about the news that @NCISLA won’t be coming back to give you guys another season but man what an amazing accomplishment…14 seasons!
S/o to the best fans & crew in the world! I’m eternally grateful for the opportunity.

What do you think? Are you disappointed that NCIS: Los Angeles has been cancelled? Would you prefer to see a final 15th season or, is 14 seasons long enough?