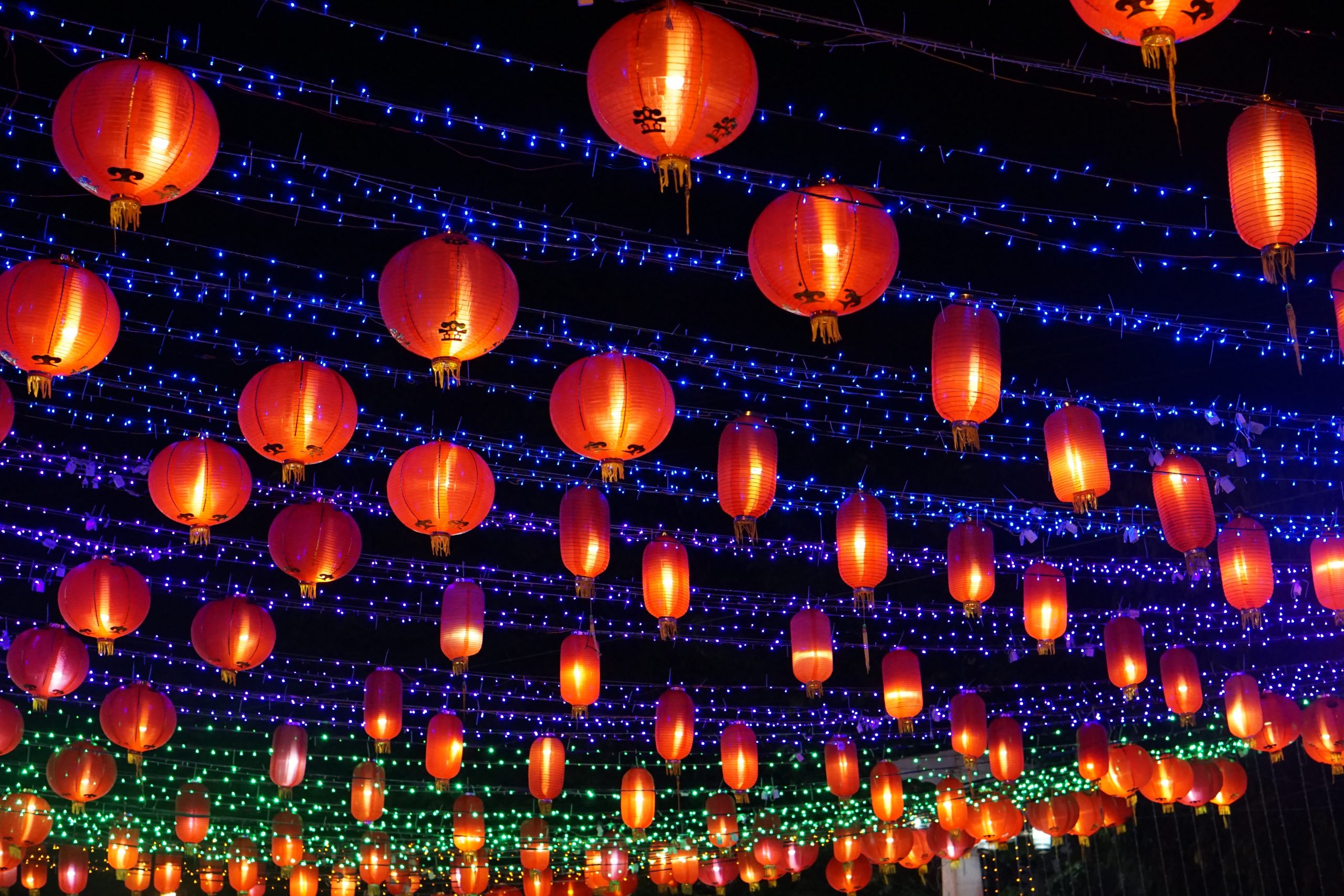 On January 22, 2023, a new moon anoints the Lunar New Year, the Year of the Water Rabbit. If you aren’t familiar, the Rabbit is one of twelve animals used in Chinese astrology to chart the universe’s energy, our place within it, and the unique opportunities and challenges we should expect. For writers, the Water Rabbit is particularly significant. No other animal is so synonymous with sensitivity, creativity, and art. After all, the iconic Rabbit of Chinese myth is itself a kind of artist—working upon the moon at a pestle, grinding out the elixir of immortality, hoping to distill life.

Associated with spring, the Rabbit embodies sensitivity and productivity. Tender new ideas and projects begin to poke up, fragile, but potent. In a Rabbit year the world rings loud in our ears, filling us with inspiration, and yet leaving us vulnerable to criticism and sudden shocks. Child of the moon, the Rabbit is also associated with those who listen too hard, see, and feel too much. Lastly, the fertile Rabbit has always represented growth. It paves the way for the Dragon’s year, when everything roars into decisive fruition.

Here is a look into the kind of fortune the Rabbit might portend for writers born in different animal years.

This year ideas will flow. A water “native,” the Rat is in their element.

Water is about letting go. Not all the obstacles in your craft must be overcome by muscling through them—sometimes the path of least resistance is simply that, simply the most natural route to meeting your goals. If you feel blocked, try approaching from new angles, styles, or points of view. Try skipping past problem sections entirely and see if the work can stand without.

Moving on is also a useful concept in your professional relationships. Maybe there are new readers, new publishers, or new agents you want to consider. Maybe you are falling out of love with a favorite author, and looking for fresh inspiration. When old favorites are let go, space can open for something new.

This year brings a rare opportunity to break out of old ruts. Step away from old work, and find the space to see it with new eyes. Print it, record it, or let someone else read it—whatever it takes to enjoy it for a moment as a reader rather than an author.

Now may also be a time to consider new genres, themes, or ideas you’ve been dabbling with but haven’t had the energy to try. Surprisingly small changes can make your work feel fresh and exciting. Continuing to surprise yourself is an important part of continuing to grow.

It is easy to think of writing as solitary, but to write is to communicate, and to publish is to become a part of a complicated ecosystem. Look for new friends who can expand your literary horizons—take an interest in what lies beyond, and you may find there can be more to the writing world than just your desk.

The beginning of the Water Rabbit’s year also marks the end of the Water Tiger’s. Just as March comes in like a lion and goes out like a lamb, so the Tiger passes the torch to the Rabbit. As the energy moves from aggressive Yang to gentle Yin, you may find things in your life progressing at a more serene, less breakneck pace.

An animal’s own year is considered a precarious time, as your Age Star comes back into position. It is a time of transition, as you move from one phase to the next, and with all transitions comes uncertainty. Maybe you are trying to launch a new project, or move a long-term project into a new phase. Move with caution, as big things are just on the horizon. Now is the time for measured progress, calculated small risks, and the support of friends.

The Rabbit is its own General Star, meaning this is also a year for courage and leadership. Sharing your work, organizing people you trust around you, and taking the opportunity to make yourself heard are important ways to get noticed and advance.

After a fast-moving and dramatic Tiger Year, the year of the Rabbit may feel slow by comparison. If you’ve been relentlessly throwing yourself into your work just to see where it takes you, now may be a good time to shift gears. Revisit old work or craft an outline for the future. Take a step back, and take stock of where you’ve been and where you still want things to go.

The Dragon and Rabbit are thought to clash, as the Dragon’s preference for forward motion collides with the Rabbit’s defensive spirit. You may feel at odds with the world around you this year, but distance can also bring new perspective. How do things feel at odds? Can you put that feeling into words? Letting the sentiments that linger in us flow can both provide inspiration and avert torpor.

This is a time for recovery after last year’s turbulence. If your last year dealt with writers’ block, false starts, imposter syndrome, rejections, or crises of faith, this year promises to be more peaceful. Gather your strength and move with precision. You don’t need to achieve everything at once—work smarter, not harder. Pick one or two important goals or projects to focus your full attention on. The Snake benefits from leaving the Year of the Tiger behind—the Rabbit will provide you with the stillness you need to work.

As the Snake has a hidden Fire element, the Water part of the year may have some power over you. Be wary of listless and existential feelings. Follow whatever strange passions and preoccupations excite you.

The time may come when you feel backed into a corner, and no decision you make feels right. Perhaps a scene or project refuses to resolve itself. A theme resists comfortable interpretation. Sometimes perfection becomes the enemy of progress.

This doesn’t mean troubled projects must be abandoned, but try to admit when you’re getting tunnel vision. Set a big project down for a day or two, and spend a little energy on something new. Writing is strange. Sometimes work we spend years on defies us, while the work of a week just happens to strike gold.

As the Goat and Rabbit begin the Eastern Triad, the Wood element has a strong influence on you this year. You may find your usual routines and work patterns breaking up. If your writing has begun to feel a little too mechanical, too much like a rote task, this year is a chance for a breath of fresh air. Is there anything from your writing career you feel nostalgia for? What has changed since then? Is there any way that feeling can be recaptured? Wood is about fresh slates and rejuvenation.

The Eastern Triad is also associated with domesticity. Consider the ways your physical space can make writing more comfortable. Are there too many distractions? Is the space one that makes you feel focused and safe? Cultivating the space around us can be a useful route to cultivating the space within.

With the turbulent Tiger year behind us, this year’s theme is about making yourself at home. Listen to your surroundings. Take stock of available resources. What libraries, shops, walks, or other spaces do you prefer? What places do you trust for groceries and takeout? What friends can you always rely on for wisdom or support? The connection between our writing and our support systems is subtle and crucial. It is when we feel comfortable and safe that we produce our best work. After the opposition of the Tiger and auspices of the Traveling Star, you may feel unmoored from your surroundings, but taking an interest in the outside world will help you build roots and feel more secure.

This is likely to be a year of emotional turbulence. The Rabbit and Rooster stand on opposite ends of the Chinese Zodiac wheel in stark opposition. The Rooster is solar, while the Rabbit is lunar. In a Rabbit year, the Rooster’s interests in perfectionism, control, and social maintenance are all likely to be challenged. Your emotional landscape may take hold of your writing in a way you do not expect.

None of this is inherently bad. Opposition years are a challenge by nature, but also hold the most to gain, should the two sides be reconciled. If your preference for carefully cultivated craft can make room for sensitivity and vulnerability, you open space in your work for rawness and intimacy. Take a chance on being messy. Work that scares you is work that helps you grow.

Passion is the theme of the year. When the Dog and Rabbit combine, they generate an abundance of the Fire element that neither had alone. Fire is associated with enthusiasm, action, and energy. Try to ride this wave in your work. Write things that amuse you. Write about things that are meaningful to you. Write in a way you enjoy. See if you can get out from the need to meet deadlines or appease some hypothetical vision for yourself and just pursue whatever weird obsessions inspired you to write in the first place.

The year’s high passions may also be distracting as they extend to your personal life, relationships, and other fields. Today’s romance may be tomorrow’s inspiration, but make sure you also maintain space for yourself and your work.

From one productive year to another—the Pig leaves its partnership with the Tiger, and enters a new one with the Rabbit. Water and Wood energy are both in abundance, so the Pig should expect a constant flow of new ideas. Focus on trying to get work done. If you stay busy, ideas are likely to keep coming, but if you slow down, things may stagnate. What routine will make you feel satisfied with the day when you go to bed at night? Don’t set the bar impossibly high—start with something easy. Practicing repetition and habit is more important than trying to satisfy your pride.

As your General Star rises with the Rabbit, it is also an important time for bravery. Make big edits, undertake daring projects, submit your work when you normally might not dare.

Beyoncé’s Next Ivy Park Collection Is Coming—Here’s Everything You Need to Know
Blinken tells China its spy balloon was ‘irresponsible’ after canceling Beijing trip
How Zelle is different from Venmo, PayPal and CashApp
When to Catch New Episodes of Harlem on Prime Video
Let the Right One In: Cancelled, No Season Two for Showtime Horror Series