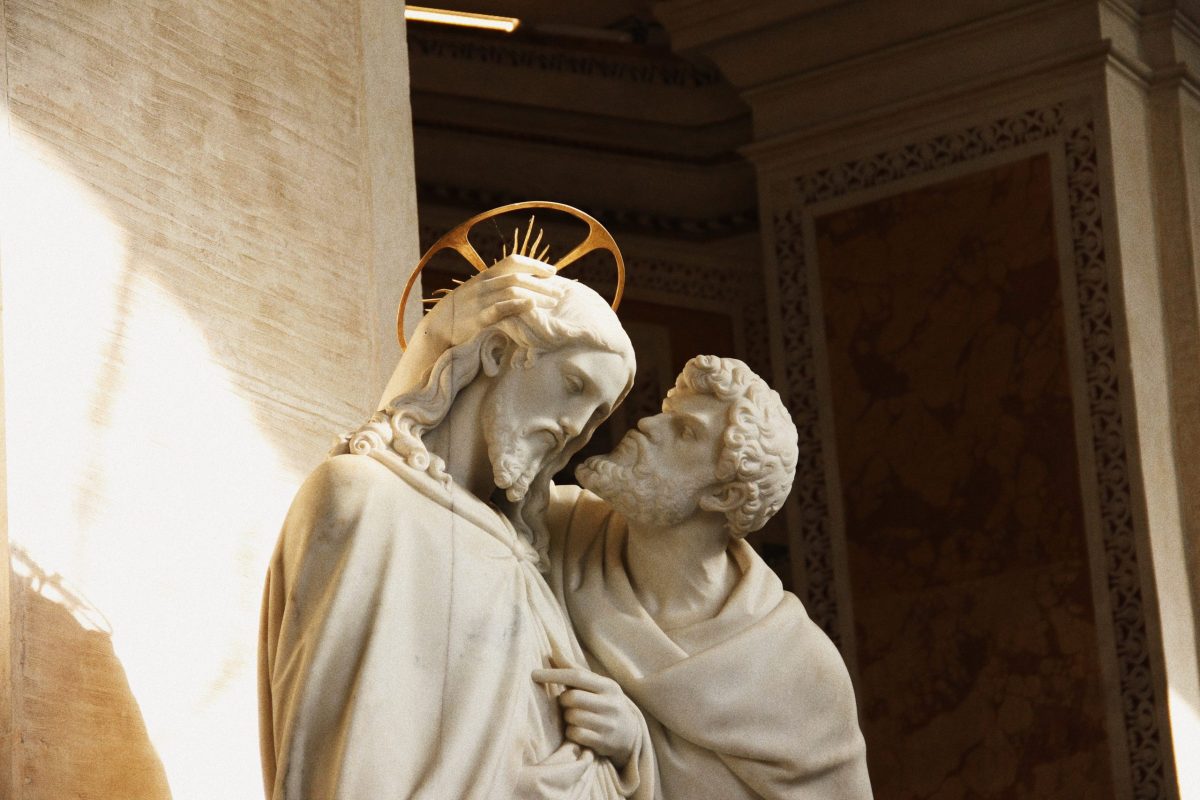 Literature is a place where we can grapple with the unsavory habits of humanity and think through the causes and effects of how and why people act the way they do. I am interested in—and haunted by—the capacity of people to betray the ones they love. My book, Judas Goat, looks at betrayal from a variety of angles, on an intimate scale, inspired by lived and imagined experiences growing up in the Deep South, where certain Biblical figures and ideas, threats of gendered violence, and complicated family dynamics abound. The eponymous Judas goat is an animal trained to lead sheep to slaughter, while its own life is spared, and there is a degree to which the characters who speak throughout Judas Goat are like Judas goats themselves, seducing the reader forward through a series of harrowing rooms.

There are the more obvious forms of betrayal—the extramarital affair, the divulgence of another person’s secret—and then there are others: the cowardice that keeps a boy from intervening while his friend is attacked, a country that governs counter to its creed, the betrayal of children by parental figures through neglect. The frightening fact is that wherever there exists a promise, explicit or implied, there is the potential for a betrayal.

The Neapolitan Quartet by Elena Ferrante, translated by Ann Goldstein

Penned by Elena Ferrante in Italian and translated into English by Ann Goldstein, this four-part fiction series recounts a complicated friendship between two women, Elena and Lila, in 1950s Naples. Spanning early childhood to late adulthood, the Neapolitan quartet teases out the power dynamics and competitions that suffuse and surround the core friendship. Betrayals, large and small, abound and beget others in this exquisite, absorbing super-novel.

In the frame story of this Booker Prize–winning novel, an African American man named Bonbon is standing trial for his attempt to restore slavery and segregation to the fictional town of Dickens, California, and the rest of the novel recounts how he got in this bizarre situation. Thought-provoking, darkly comic, and compulsively readable, the betrayals in this book are many and multilayered: the betrayal of a son by his father in the name of sociological experimentation and the betrayal of Black people by the United States, historically and today, just to name two.

Dept of Speculation by Jenny Offill

The most overt betrayal at the heart of this novel regards a partner’s affair, but this book is also about the ways we betray parts of ourselves in order to honor others. The main character in Dept of Speculation is a new mother and former science magazine fact-checker in Brooklyn, and the prose style—short, leaping vignettes—allows the story to accumulate in an impressionistic way, even as it unfurls in linear time. At times startlingly funny, often achingly poignant, this novel enacts the psychologically complex interiority of the betrayed.

The Kite Runner by Khaled Hosseini

In this novel, the protagonist, Amir, feels so much guilt over betraying his childhood friend Hassan that he returns to Kabul during the rise of the Taliban to try and save Hassan’s orphaned son. I haven’t read this book in many years, but the pivotal, plot-instigating betrayal, which happens early on in the novel, has stuck with me in searing detail. A dramatic, heart-wrenching, and multigenerational story of betrayal and atonement.

Bastard Out of Carolina by Dorothy Allison

This novel depicts the childhood and early adolescence of Ruth Anne Boatwright, a fatherless girl in rural South Carolina, in the wake of her mother’s marriage to a volatile, increasingly abusive man. Allison’s prose brings to intense (at times terrifying and painful) life the difficulties of being a child at the mercy of adults and the ways people fail each other. Because the book grapples in a very real way with childhood sexual abuse and includes some racial slurs, readers should proceed, if they choose to do so, with care.

This poetry collection, written in the wake of a husband’s affair and subsequent divorce, won the Pulitzer Prize in 2013. While these poems do not flinch away from the deep grief the speaker feels over her ex’s betrayal, what radiates from this book, more than anything, is her love. By elegizing her thirty-year marriage, the speaker creates a stunning ode to it, and it’s this tender, vividly evoked devotion that just might make you ugly cry as you read.

The Secret History by Donna Tartt

The Secret History is what made “dark academia” a thing. Eerie and intelligent, this New England campus novel centers around a small group of socially isolated classics students and reflects on how and why they came to commit the ultimate betrayal: murder. Obsessed with intersections of beauty and terror, The Secret History functions in some ways like a murder mystery, only in reverse.